[PYTHON] The most sought after programming language in 2020

This article is a Japanese translation of Most in-demand programming languages in 2020. I have reported it to the translator, but if I get a complaint, I will delete it. I'm new to translation, so I think there are some strange things, but please forgive me. 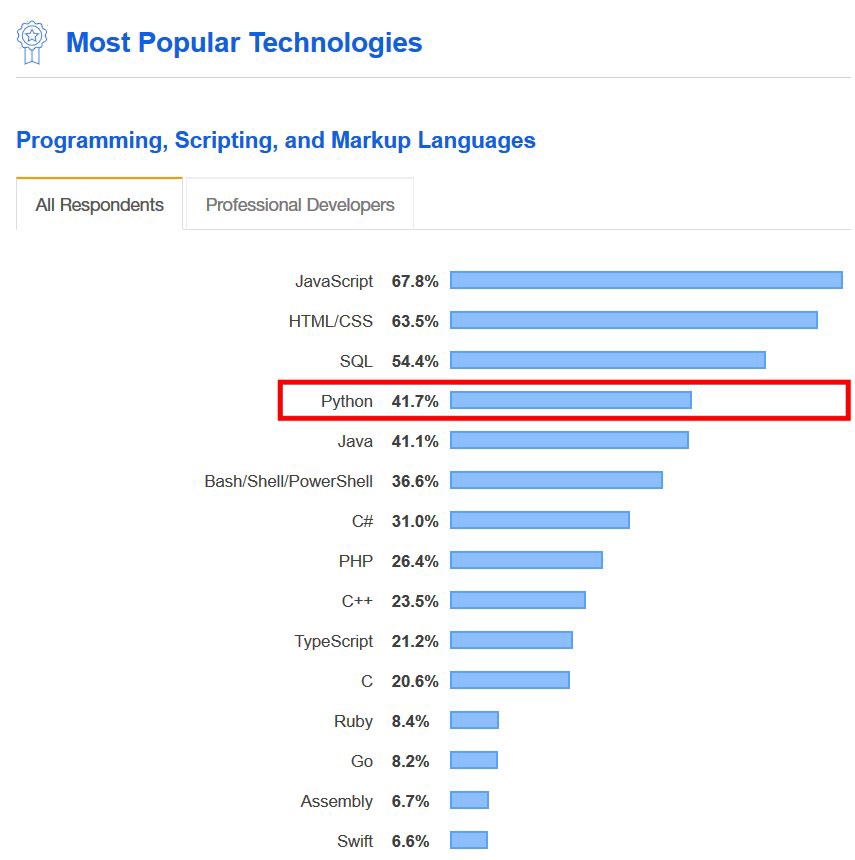 The software development industry is constantly changing, which means that companies' needs for developer capabilities are also changing. So, as you can imagine, there are many programming languages to choose from to cover the development of all aspects of web applications, games, algorithms and more. On top of that, we will touch on the most sought-after programming languages in 2020 and their key features. 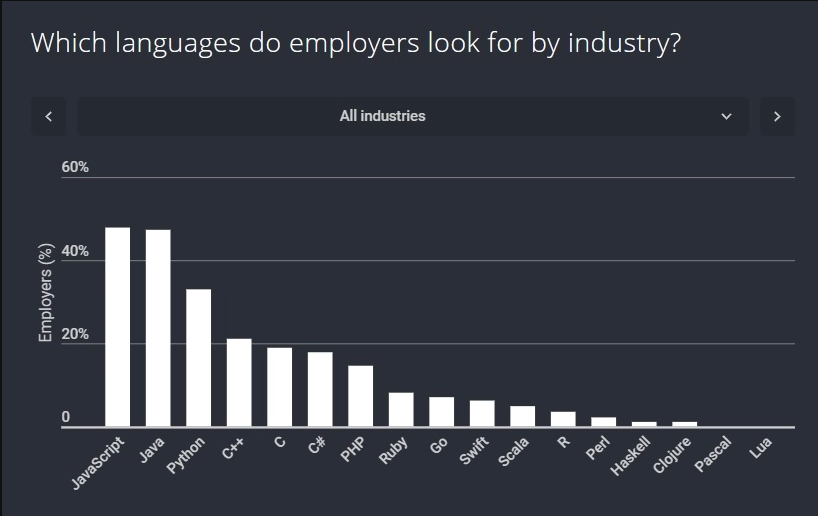 The most sought after programming language in 2020

JavaScript It's no wonder that JavaScript is at the top of the list of the most sought-after programming languages in 2020.

Today it is impossible to become a developer without using JavaScript in some way. More than 71% of survey respondents are looking for developers who can write code in JavaScript, and you can imagine that JavaScript is one of the most popular programming languages. JavaScript is also very popular due to its ubiquity on the Web and our heavy reliance on the Internet. Many of the most popular sites, such as Twitter, Facebook, and YouTube, use JavaScript to generate interactive web pages and dynamically display content to users.

Java Java is in second place on the list of the most sought-after programming languages in 2020.

Java is a popular programming language because it is the native language of Android, the most popular mobile computing platform in business.

Over the last few years, Java has lost some of its business to a very user-friendly modern language.

Java is working to fix the flaws and strive to fit the cloud through GraalVM actions. Java is still the number one programming language in the enterprise. Java has been a top-class programming language since its inception. Many large companies use Java for their back-end web systems and desktop applications, so if a developer knows Java, they will continue to be in high demand. Java is a statically typed language that is bug-free, fast to maintain, and easy to manage.

C＃ C language [^ clang] has become one of the oldest and most popular programming languages due to its portability and early adoption by giant IT companies like Apple and Microsoft. .. [^ clang]: This is not a typo. Just in case.

Also known as C-sharp, C # is a C language spin-off developed by Microsoft in 2000. C # is an object-oriented language that builds around objects instead of actions and data instead of logic. C # features are similar to Java and are especially useful for developing Windows desktop applications and games.

However, C # can also be used to develop web and mobile applications. C # uses a syntax similar to C-derived languages like C ++ and is easy to learn if you come from another language in the C family. C # is often used to develop applications for large enterprises such as bank transaction processing. C # is the recommended language for making 2D and 3D video games using the popular Unity game engine. Today, C # is a multi-paradigm language that is widely used not only on Windows platforms, but also on Linux and iOS / Android platforms. 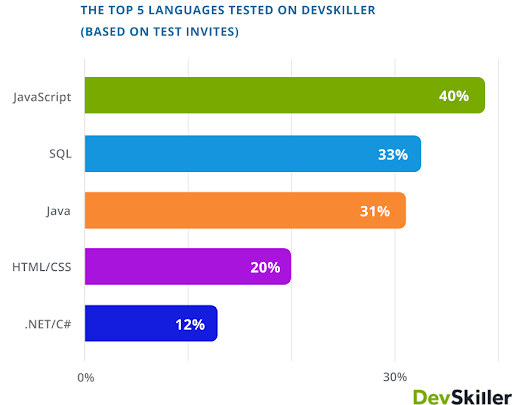 Python Python is probably the most user-friendly programming language on this list. Python's syntax is clear, intuitive, and often referred to as mostly English, making it a really good option for beginners. Python is high-level, versatile, and used for web applications, data analysis, algorithm development, and more. Python also has packages like SciPy and NumPy that are often used in fields such as scientific computing, engineering, and mathematics.

Python is often used for scraping, and what it takes hours to code in PHP takes only a few minutes in Python. Python can also be used to automate certain tasks, including your time-consuming daily tasks. If you're interested in back-end web development examples, the open source Django framework (written in Python) is popular, easy to learn, and versatile. And like Java, Python has a wide variety of applications, making it a versatile and powerful choice when choosing the best programming language for your use case. Today, Python is widespread, used in many areas of software development, and its momentum does not seem to slow down.

PHP PHP is on the list of the most sought-after programming languages in 2020, even if there is a lot of controversy.

PHP has made it possible to build almost any modern website until a new web language like JavaScript is realized. According to some research, PHP supports one-third of the Web. Even if PHP isn't as popular as it used to be, PHP will continue to evolve over the years and maintain its position as one of the most popular programming languages. 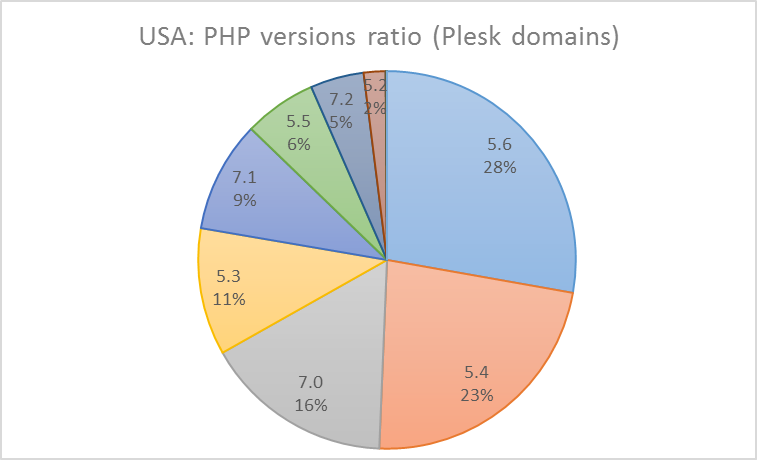 Ruby In particular, Ruby is used as the foundation for the popular Ruby on Rails web application framework. Ruby is implemented in C and has a garbage collector. Ruby was created in the mid-90s, but has gained popularity over the last decade or so. Ruby is a very dynamic, object-oriented language with a variety of features for programmers to use. Developers with more than 6 years of Ruby experience can expect to receive double interview requests under current hiring status.

Twitter, Shopify, and many startups are building websites with Ruby on Rails at some stage. Ruby is also a really good language to pick out for relevance to great tech companies. [^ high_tech] [^ high_tech]: I'm not sure, but if you've mastered Ruby, it's easier to join a high-tech company ... Like Python, Ruby attaches great importance to developer productivity and well-being. Ruby is also a great language for new developers to have a flat learning curve.