I bought Intel NUC before the tax increase at the end of September last year in order to make effective use of the PayPay points that were given as 20% of the purchase price when I purchased MacBook Air 2018 with PayPay in the bonus season of the year before last. I also bought SSD and DRAM in the bonus season at the end of last year and built a Linux desktop machine, so I decided to put together various things to commemorate.

This and that of my own work

For reference, the detailed information of the parts purchased this time is described. I bought the barebone before the consumption tax hike, so it is the price at that time.

The barebone used this time is palm-sized, but I think it has some expandability. (The photo below is the actual size) 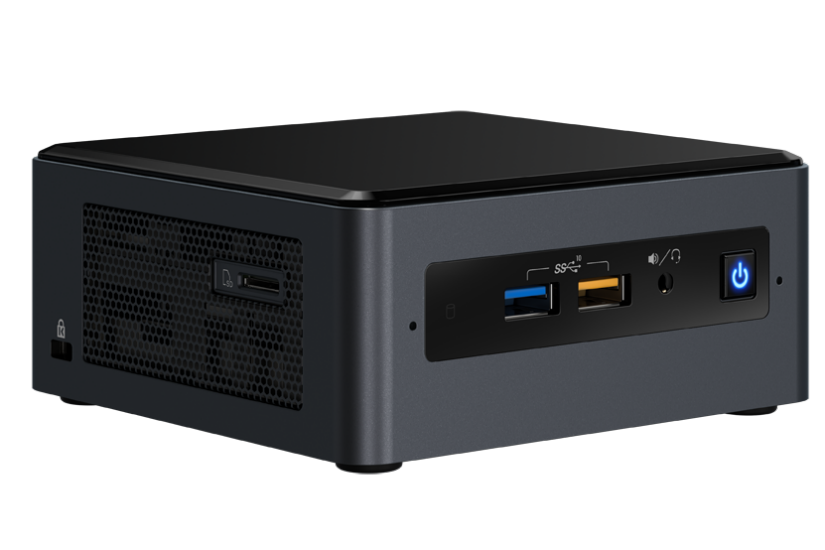 Attaching the purchased parts to the barebone is much easier than making your own from scratch. All you have to do is open the barebone and install the parts on the motherboard.

Ubuntu's package manager is generally apt-get, but the latest version of Ubuntu seems to recommend apt. There is also a package manager called aptitude, but it seems to be deprecated in Ubuntu 18.04. I used to use aptitude, but I will take this opportunity to switch to apt. Reference: http://ultra-genma.hateblo.jp/entry/2019/04/08/233718

I have set up a firewall. I set it because ufw was already installed. Until 16.04, I had to install it myself, but it seems to be installed automatically. Reference: Basic operation of ufw

We will create a key file and hand it over so that you can log in without a password.

For SSH access from within the same network, you can access it with HOST_NAME.local, and you do not need to enter the IP address.

Reference: Set up mDNS and stop typing in the IP address one by one.

I made my own Linux machine using Intel NUC. With this spec, if it is a little over 100,000 yen, I think that it was a self-made product with good cost performance. Since I made a machine with abundant resources, I would like to take advantage of KVM-based multi-node Kubernetes construction and support for Thudebolt 3 to install an eGPU and challenge to make it a GPU machine.