[PYTHON] How to read a serial number file in a loop, process it, and graph it

file_1.dat, file_2.dat ...... This is a method to read a dat file such as file_100.dat in which only numbers change continuously using a for statement, process it, and graph it. I couldn't find a cohesive explanation, so I'll leave it as a memorandum.

What do you want to do 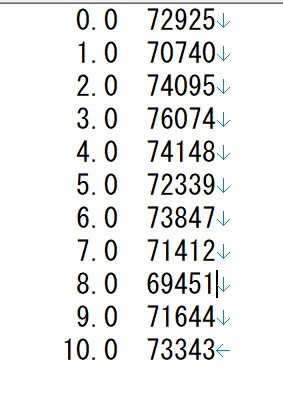 There are dozens of dat files with n rows and 2 columns like this, and I want to extract only the value in the second column, calculate it, and graph it. If you copy and paste one file at a time into Excel, it will take a lot of time and effort.

Initially, it was a program that read each file, processes it, assigns it to x, y values, and so on.

It was a program that repeated this for the number of files, which was a ridiculously large number of lines and volumes, but as mentioned at the beginning, the file names differ only in the number part, so it is easy to use the for statement in Python. Can it be processed? That was the motivation for thinking about the program.