cartpole This tutorial seems to be a game to prevent the stick of the dolly from falling For the time being, execute without thinking

It is said that there are not enough modules, so install it hard

Reinforcement learning ... By the way, episodes stopped at 690.

How do you play this ...: thinking: If it is determined that the black object has fallen, it feels like it has been reloaded, but it makes no sense. 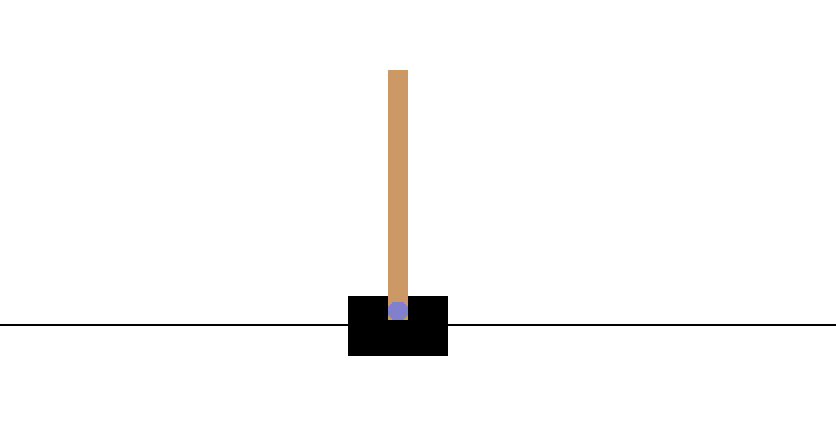 pong This seems to be a competitive game like ice hockey

The module that is not enough here is also installed By the way, if you are told that there is no cv2, it means OpenCV, so you should refer to the following. Make OpenCV3 available from python3 installed with pyenv

As you can see from the article below, opencv settings are quite troublesome on linux. The easiest way to use OpenCV with python So I switched to anaconda and ran it. (Recommended because it can be done soon)

~~ I stopped halfway through ~~

There were about 1160 episodes, so it took a long time ... I can't say anything because it stopped in sleep mode on the way, but I think it took about 8 hours.

Please check the video below for the results of playing. [Try OpenAI Baselines on windows (winpython). ] (http://qiita.com/tmizu23/items/ff1d5c89bc99292410c0)

(By the way, I was wondering if this could be a battle with humans vs. machine learning, but that's not the case ... I wanted to fight reinforcement learning ...)