This is a memo for working while staying at home or Starbucks using iPython notebook, which is a Python web interface. I will update it when I feel like it.

You can start your R & D with Starbucks at any time by launching your notebook on your workstation at work. Please refer to here for the introduction. `c.IPKernelApp.pylab ='inline'` is especially important, so that what you draw with matplotlib can be displayed on your notebook.

Create a new notebook for each test so you don't get confused. The following Cell magic is useful for debugging.

After the program stops with an error, run `` `% debug``` on the appropriate Cell to start ipdb

There are several methods. This area is also helpful I will.

1 multiprocessing.Pool Refer to this area

Since iPython itself has a framework for parallel computing, it is one way to use it. First, launch iPython notebook, select the Clusters tab from the dashboard that appears first, and then

Enter the desired number of workers in # of engines here and start. In the program, write as follows.

3 Run the program itself in parallel

If you want to run the same function multiple times in parallel while changing the arguments, methods 1 and 2 are effective, but if you want to run a large program in parallel, it is easier to perform background processing with a shell script and parallelize it. In other words, let's execute a shell script that writes multiple `python program.py arg1 arg2 ... &`. You can also run a bash script on a notebook Cell by using the `%% bash` command, you said, "I was talking about iPython notebook so far, but it's a shell after all!" I will. For example 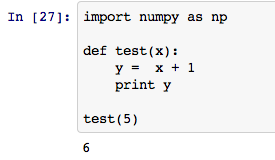 If you change this a little, 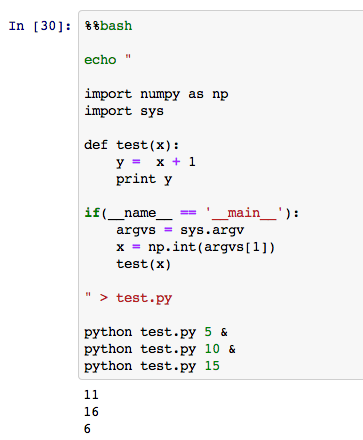 Allows you to hit SSH from Chrome

If you have a small program, you can write it on iPython notebook, but when the program gets messy, it is better to make it a .py file, so you will inevitably need to dive into the workstation with SSH. .. I'm using Secure Shell ( link ) ..

I use Canopy . OpenCV is also convenient because it can be inserted with one click. You can use the enpkg command to manage packages from the terminal (<a href="https://support.enthought.com/entries/22415022-Using-enpkg-to-update-Canopy-EPD" -packages "target =" _ blank "> link ). Mac users may be addicted to keychain issues, so <a href="http://stackoverflow.com/questions/14719731/keychain-issue-when-trying-to-set-up-enthought-enpkg-on -check mac-os-x "target =" _ blank "> here as well.