[Tips] How to use iPhone as webcam on Linux

There is a lot of software that uses the iPhone as a webcam, but few have been released for Linux. The only software called Droidcam that was compatible with Linux was also Android only ... I thought that the ios version was released just recently. https://apps.apple.com/us/app/droidcam-wireless-webcam/id1510258102

For ios, just install the app.

When you connect to Wifi, the local ip and port will be assigned.

Just enter this on the PC side.

I was able to recognize it with zoom. 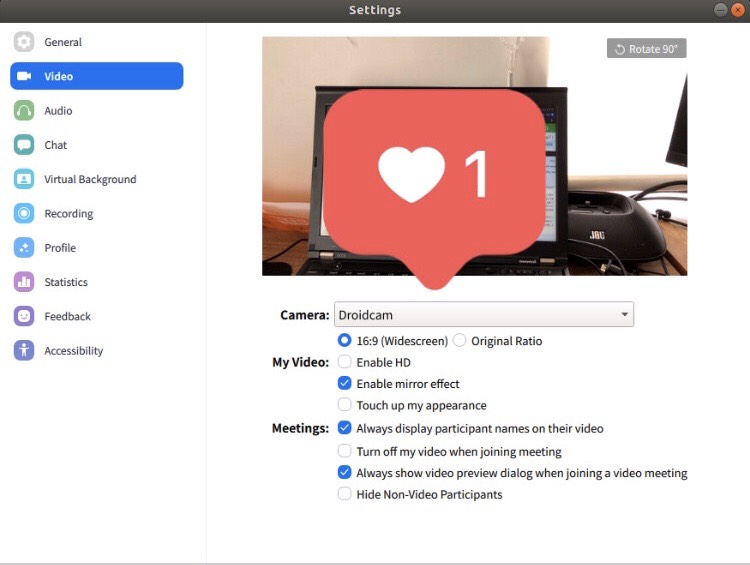 It seems that v4l2loopback and ffmpeg can make it smarter, but I introduced it because it is overwhelmingly easier. Now you can make video calls even with Thinkpad X230, which does not have a built-in camera ♡