From the SRE business, I feel that I lack knowledge of the OS mechanism and Linux mechanism every day. Recently, I've been reading books around it and gradually supplementing my knowledge. This article will be the output when it is complemented. If you have any suggestions, I would appreciate it if you could comment.

In writing this article, I mainly referred to the following books! Infrastructure engineer's textbook 2 Technology and knowledge effective for skill improvement

It refers to the minimum execution unit on the OS. The process is executed by allocating CPU resources.

Elements that make up the process

There are "Running Town", "Running", and "Hibernate" states. Each time a process is created, it transitions to various states.

When you create a new process, you start by copying (called forking) a process that already exists. You can also check it with the command, so please check it. pstree

If you type the ls command, it will be executed in the following order.

It is an execution unit of a task that can be created multiple times in a process so that parallel processing can be performed. 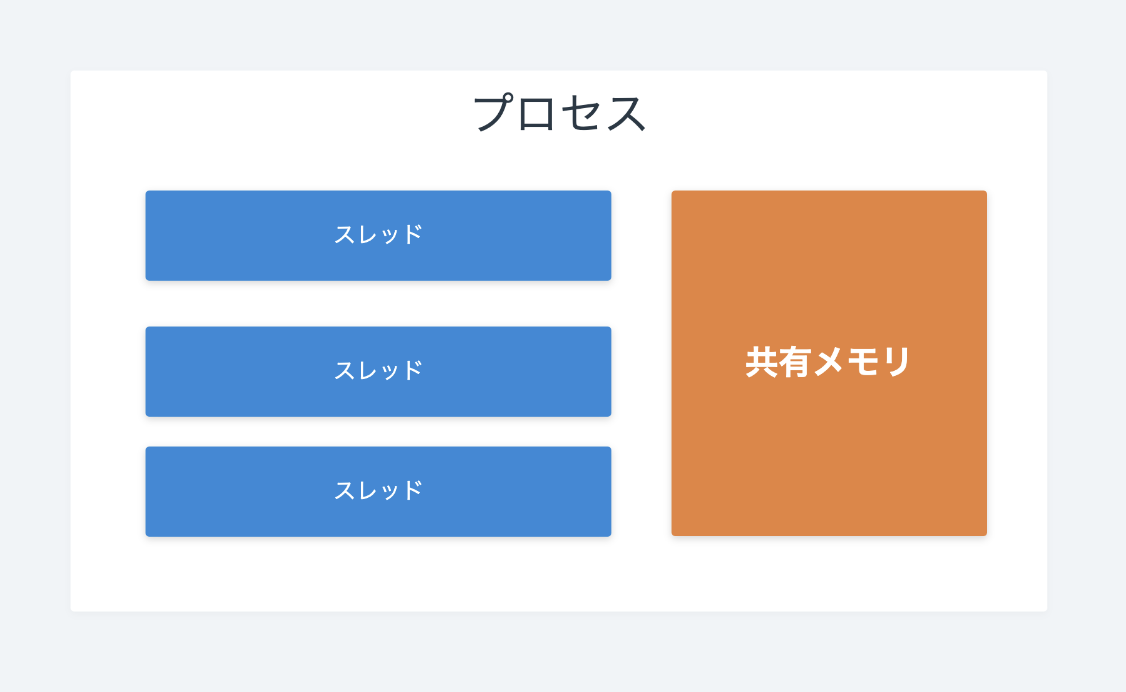 Although it is the same structure, thread is realized by passing a flag such as whether to copy the memory space when building.

As mentioned in the article below, in the historical background, there were only processes at first, no threads. And when creating a process, the parent process forks the child process and all the information is inherited, which is inefficient. I think that it is ** threads ** that can share the memory space of the process and realize parallel processing.

A mechanism that allows rewriting from only one thread

When you create a process, virtual memory is allocated and the process runs. 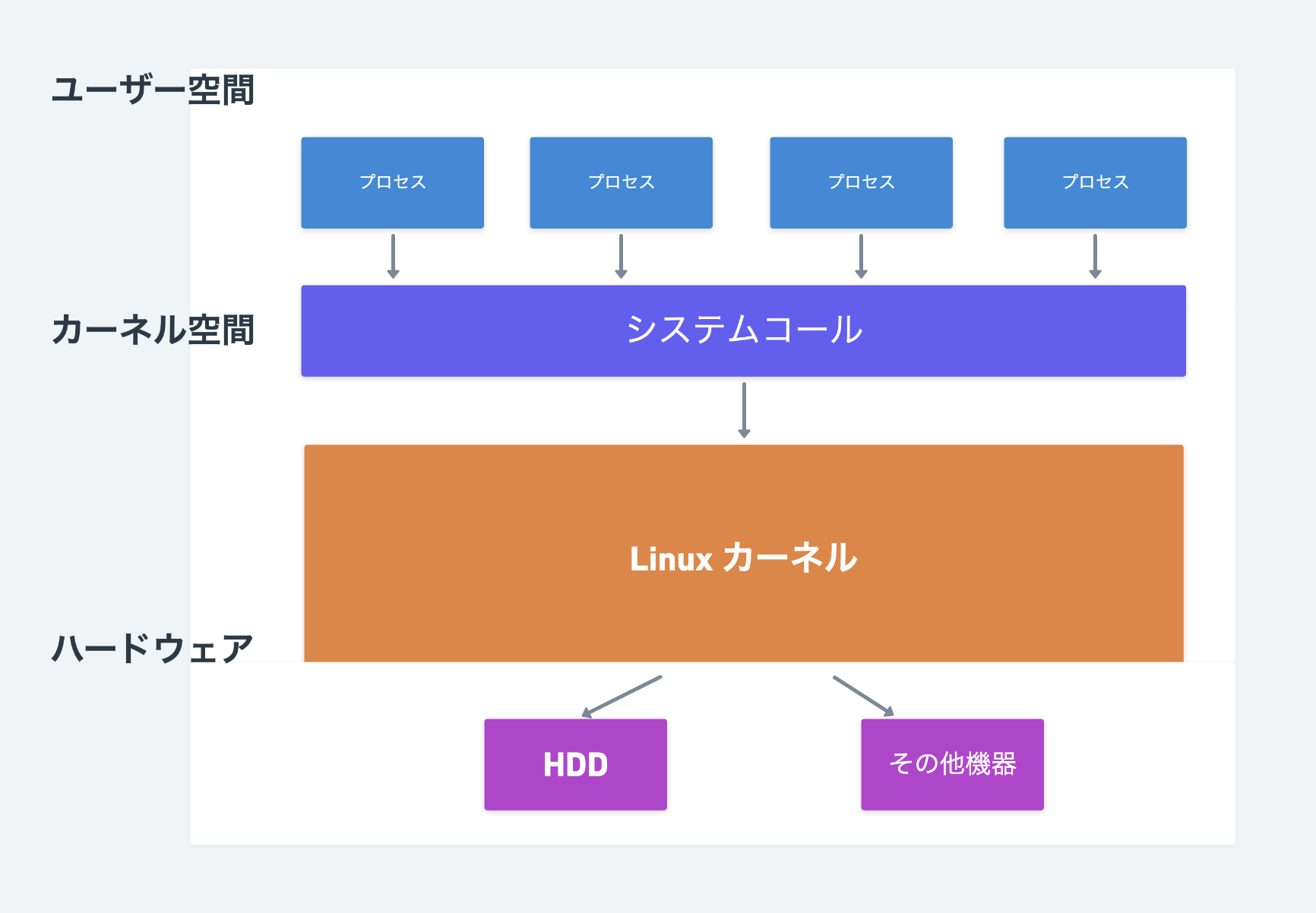 It is a mechanism that makes the system look as if it has more memory than it actually is. When a process makes memory access, it goes through virtual memory.

The OS provides a function (API) called "system call" for general programs, and in principle it is supposed to be accessed indirectly by that system call.

I think it's an image of the interface. ・ It mediates access to the Linux kernel.

The OS is the mediator between hardware and software. The Linux kernel is a core function of such an OS.

This explanation in the article below is pretty nice.

[For beginners] What is the Linux kernel? --Qiita 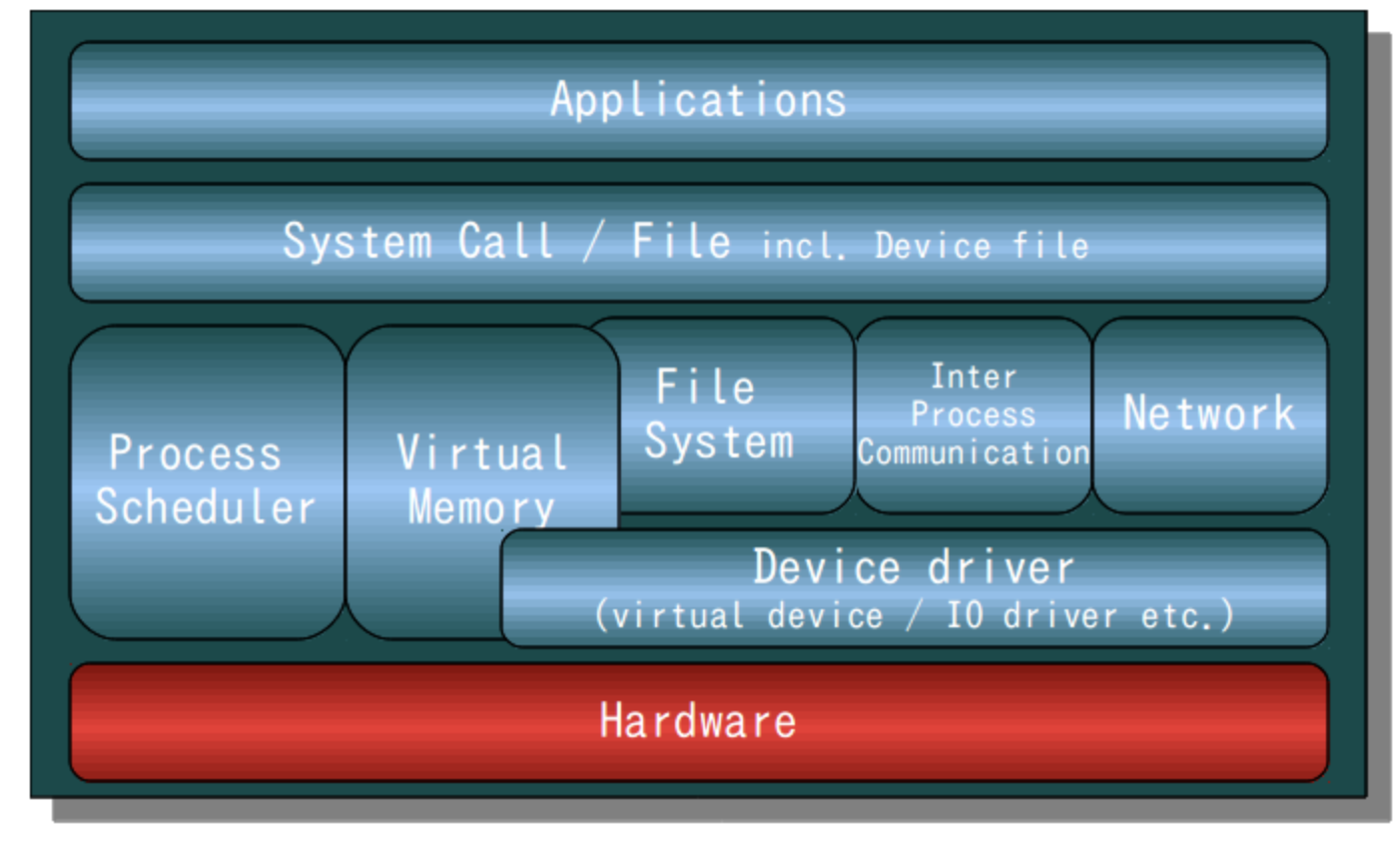 This is a separate kernel space and user space within the MMU.

Why you need to separate

If anyone can access the kernel space, it will lead to access to the OS. This can destroy the OS itself at the same time. Therefore, I dare to divide the space in this way.

If you want to use kernel space

User-mode processes do not have access to kernel space. However, when I want to use it, I can switch between user mode and kernel mode with a function called ** Context Switch **.