On Black Friday this year, Google Pixel Slate will get a $ 350 discount with a genuine keyboard + Pixelbook Pen for free. As a Google believer, I decided to buy it because I couldn't afford to miss this opportunity. The Pixel Slate is a Google Chrome OS tablet that's 12.3 inches, a bit larger for a tablet, but a good size for a 2 in 1 tablet. It weighs about 700 grams, which is heavier than the iPad Pro, but can be said to be easy to carry. As the name implies, this Chrome OS is a very lightweight OS that is supposed to work mainly on the Chrome browser, but you can also use Android and Linux apps. So I wanted to develop it lightly with Chrome OS, so I will summarize the work contents at that time.

You can install Linux command line tools, code editors, and IDEs on Chrome OS. However, it is off by default and must be enabled in the settings. 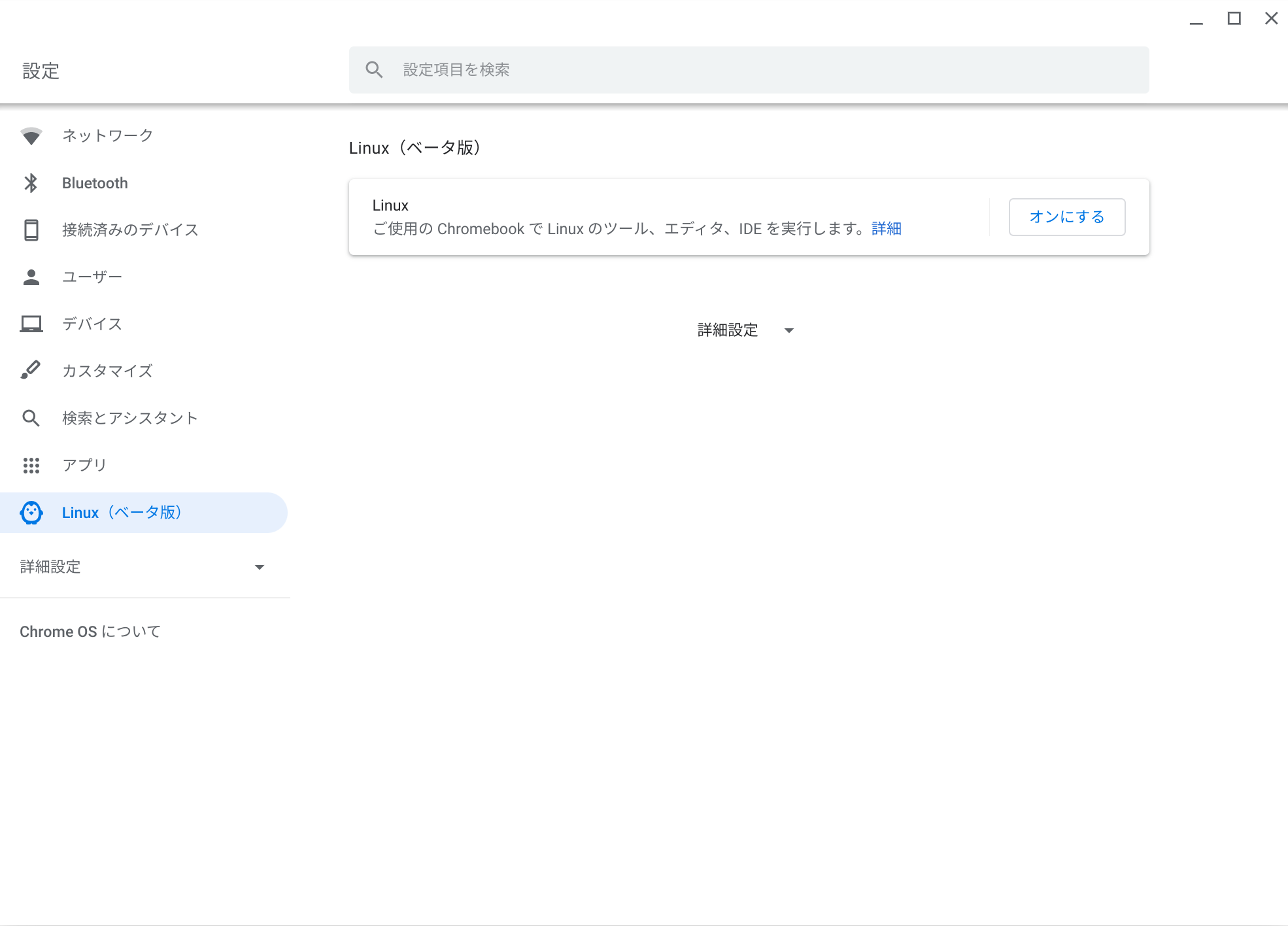 After a while to set up, a terminal window will pop up so you can use Linux. At the moment this feature is in beta and may cause problems, but I think it's something you can solve yourself.

Settings for the terminal itself

With the terminal up, press Ctrl + Shift + p to display the setting screen. 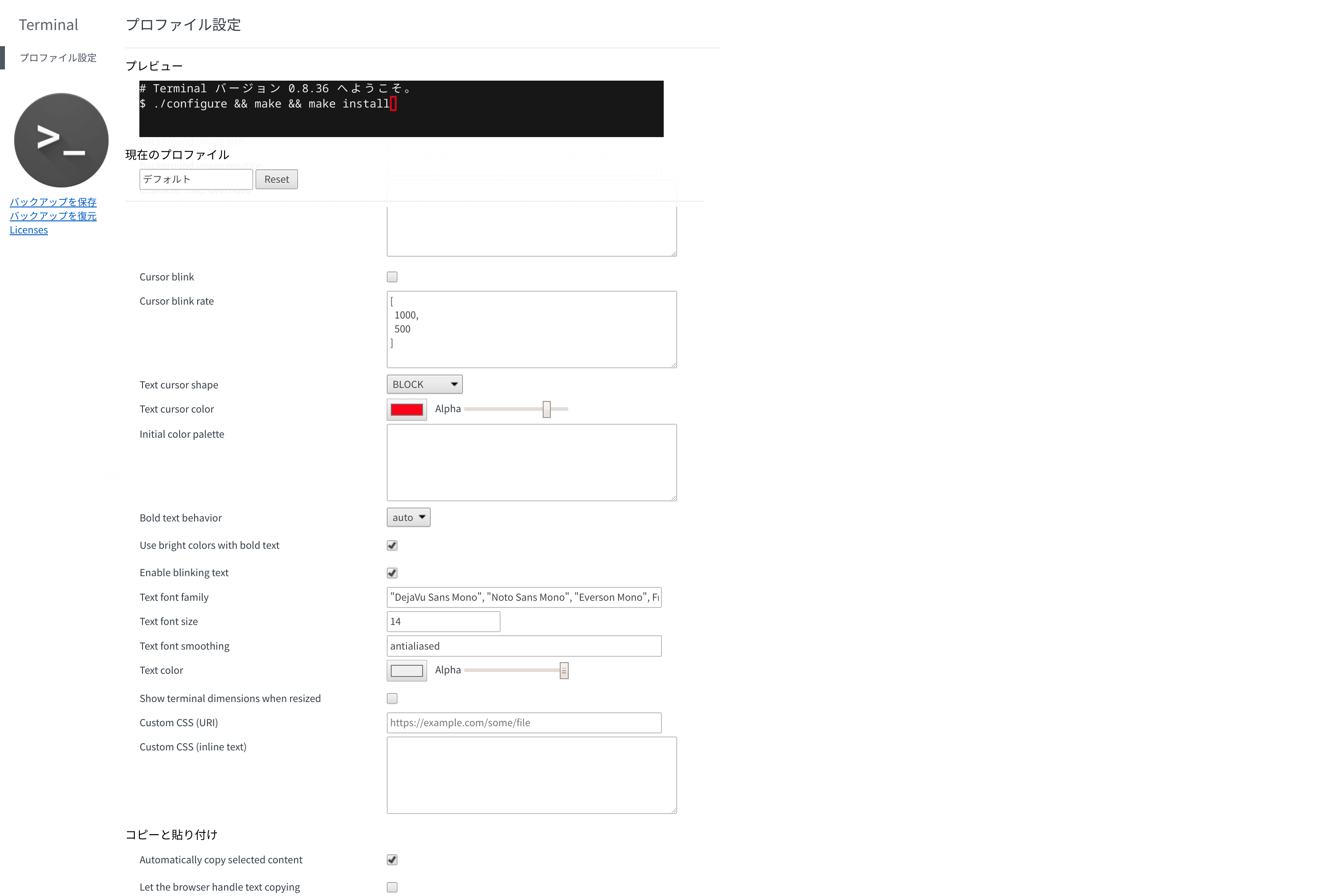 Run the following command to keep the package up to date.

Update Git to the latest version

The version of git installed by default is 2.11.0, so update to the latest version.

There are two methods, one is to download the source and install it, and the other is to clone the repository and install it. The installation location is specified by prefix = / usr / local, but there is no problem if you install it in any location you like (*** if it is in the PATH).

1. Update from repository to latest version

If you always want to update to the latest version, you can easily install and update by cloning the repository. 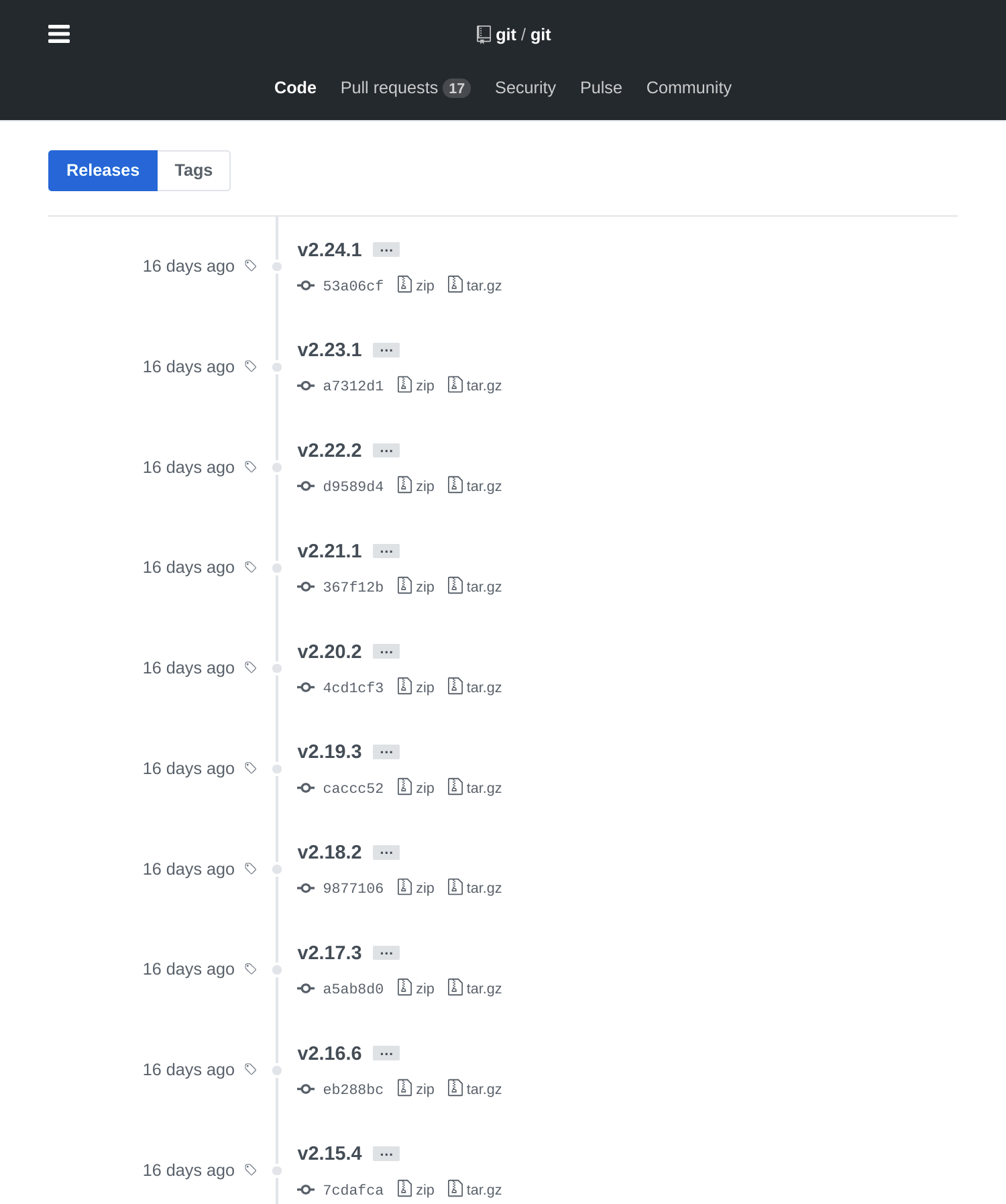 Run the following command to download the git source.

All you have to do is install it using the make command.

Since I usually develop with Neovim and Visual Studio Code (VS Code), I will make it available on Chrome OS. You can start VS Code by running the Debian installer (.deb) downloaded from the Official Site. 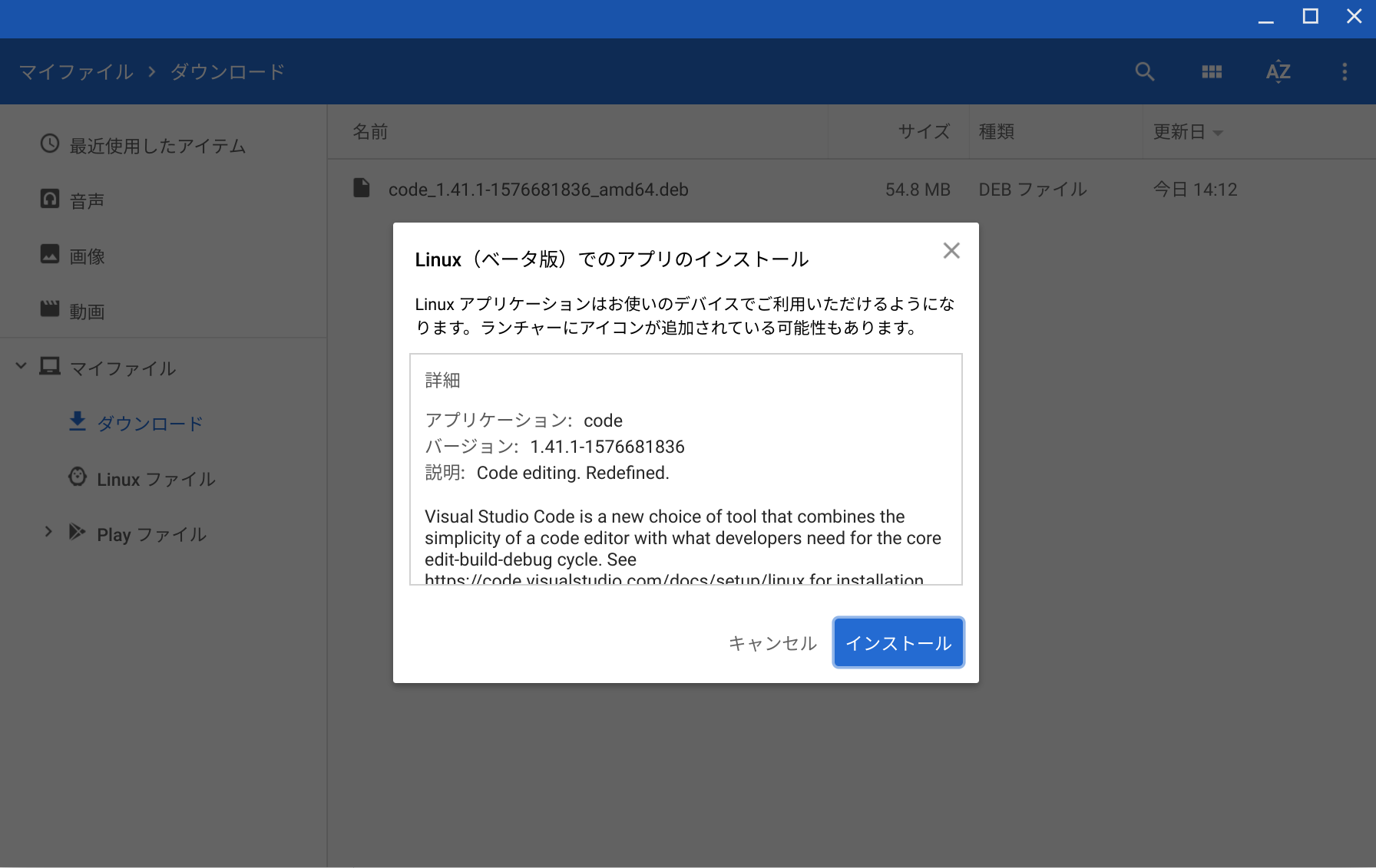 Even though Linux on Chrome OS runs on a VM, I want to run it with a minimum of applications, and Docker is indispensable for development, so install Docker and Docker Compose.

If you install it according to the Official page, it will not fail.

If this is left as it is, it is necessary to sudo every time Docker is executed, so add a docker group to the current user so that it can be executed with the privileges of a general user.

This is also installed according to the procedure on the Official Site.

I touched Chrome OS for the first time, but it is very interesting that I can use the Android application and operate it intuitively with the Pixelbook Pen. Linux is also a beta version, but it is not bad to use, and I felt that it could be used as a development environment without any problems. However, since the storage is only 128GB, it will be necessary to use external storage or cloud services.