Good morning everyone. My name is Fujimon and I am posting to Qiita for the first time.

The personal computer used this time is a model called "dynabook R734" from Toshiba. I have dual booted Windows 10 and Ubuntu 20.04 LTS, and I use 176GB and 80GB separately.

First of all, nothing will start without Steam, so let's install Steam. You can install it from apt, but it seems that the version is a little old, so I think it is the most reliable to download the official deb. https://store.steampowered.com/about/

After downloading, install deb. Ubuntu 20.04 The Ubuntu software has been removed from LTS and replaced with software that has been redesigned for Snap, so you will need to use another package installer to include the deb package. (Maybe it's because I chose the minimal installation over the regular installation, but I'm not sure)

So I decided to use the old-fashioned package installer called gdebi. This is from the terminal

If you run it, it will be installed. No additional repository is needed as it is in the initial repository. After installing gdebi, let's install the downloaded Steam. Double-click on deb to install it. Launch Steam when the installation is complete and log in once the dependencies are installed. Probably the language is English, so if you change English in interface from Settings to Japanese and restart Steam, it will be Japanese. If you have any other settings, please do it yourself.

Next, enable something called Steam Play (Proton) so that you can install Windows games. Strictly speaking, it is enabled, but since it is only possible to install games that have been confirmed to work on Steam Play, change the setting so that all Windows games use Steam Play. 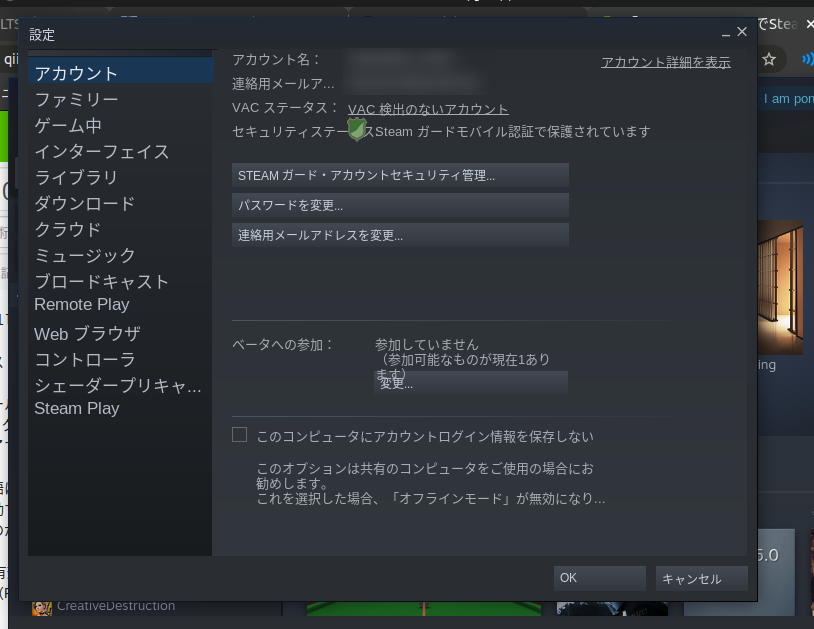 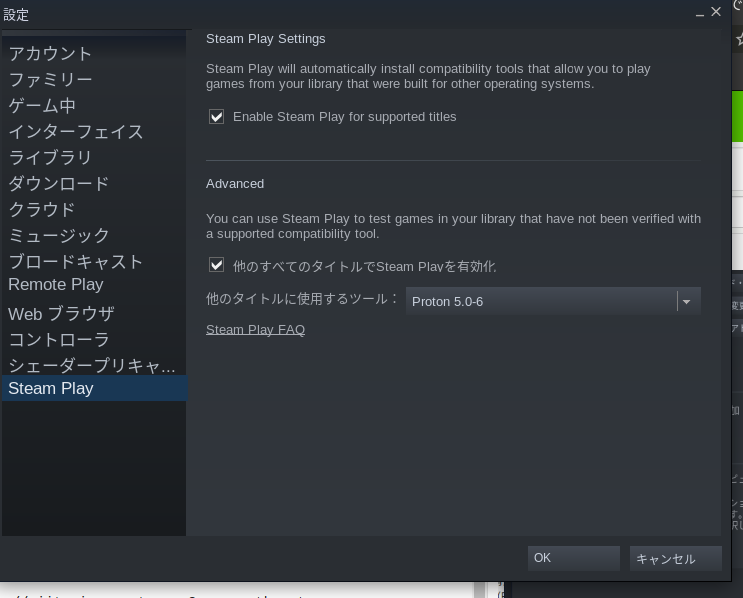 Check "Enable Steam Play for all other titles". You don't have to mess with the tools used for other titles.

3 Install the game you want to play 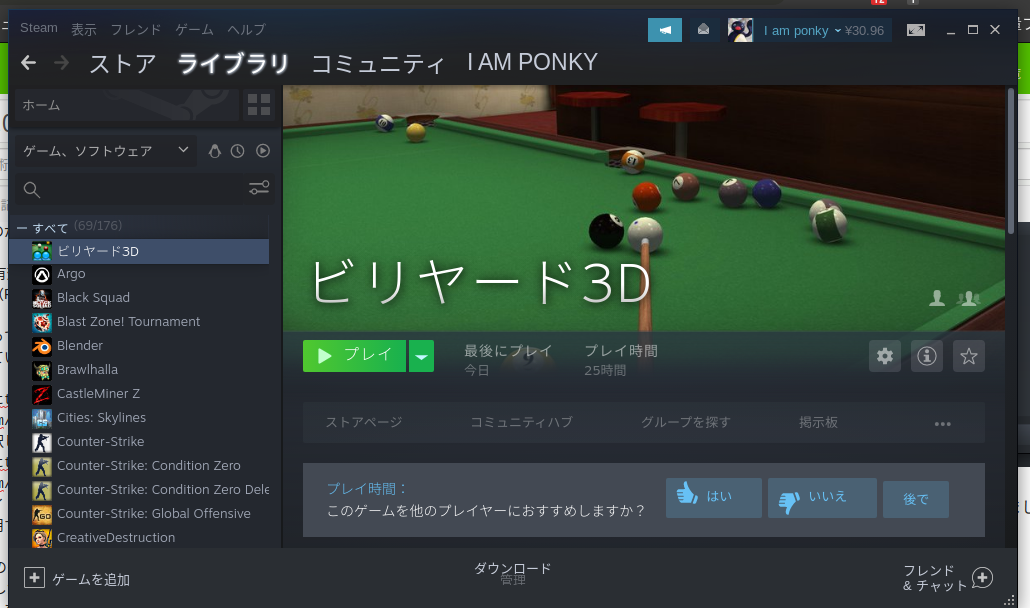 Hopefully you can start it. Fortunately the game I was trying to play started without incident 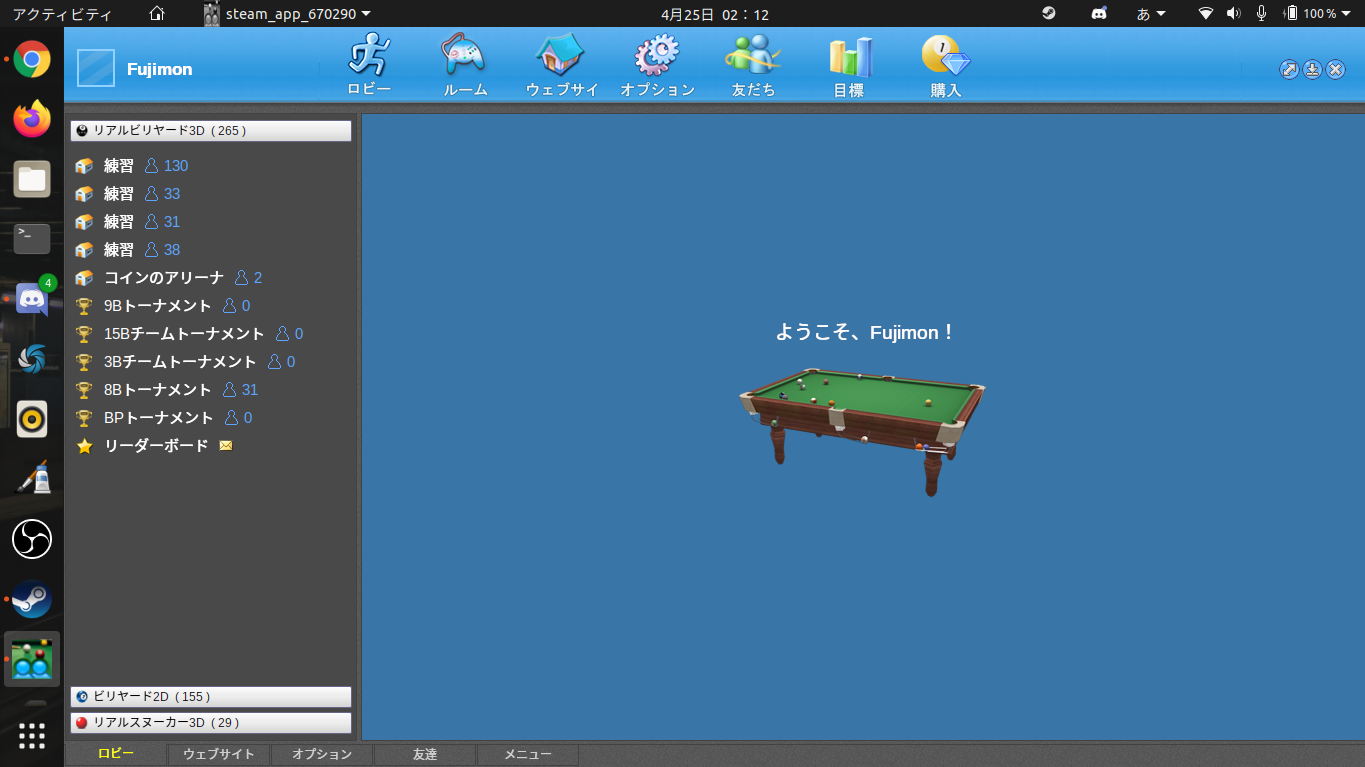 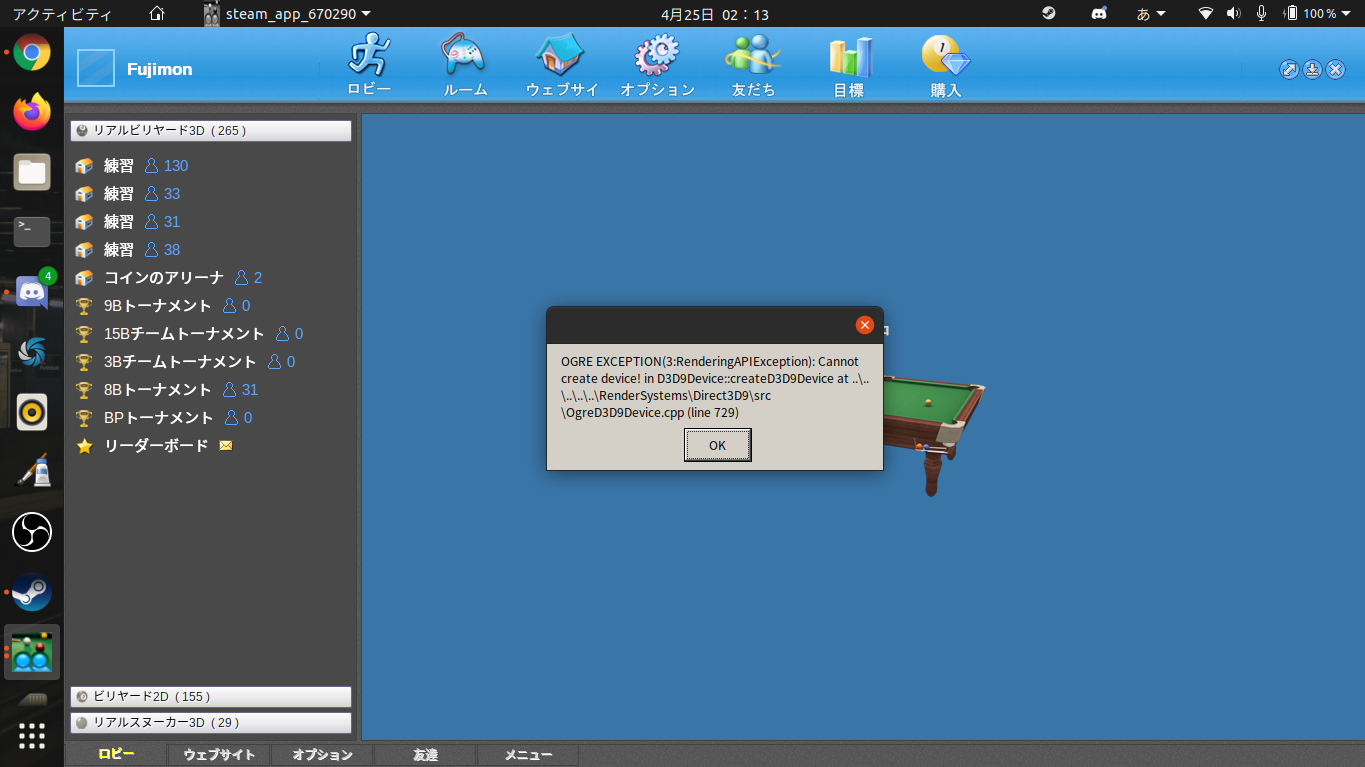 When I tried to enter the practice screen, it seemed that DirectX was not included and I threw an error. 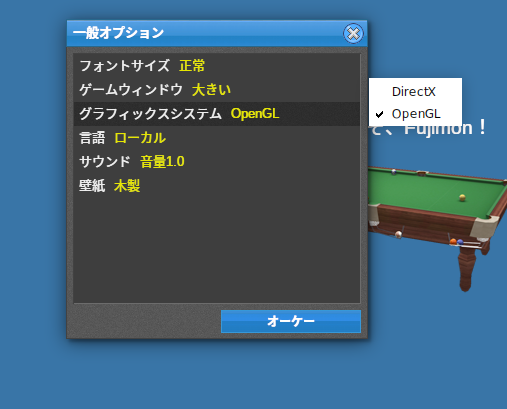 Since this game works with OpenGL as well as DirectX, I solved it by changing the graphic system from DirectX to OpenGL from the settings, but if the game works only with DirectX, please try it by the method explained later. 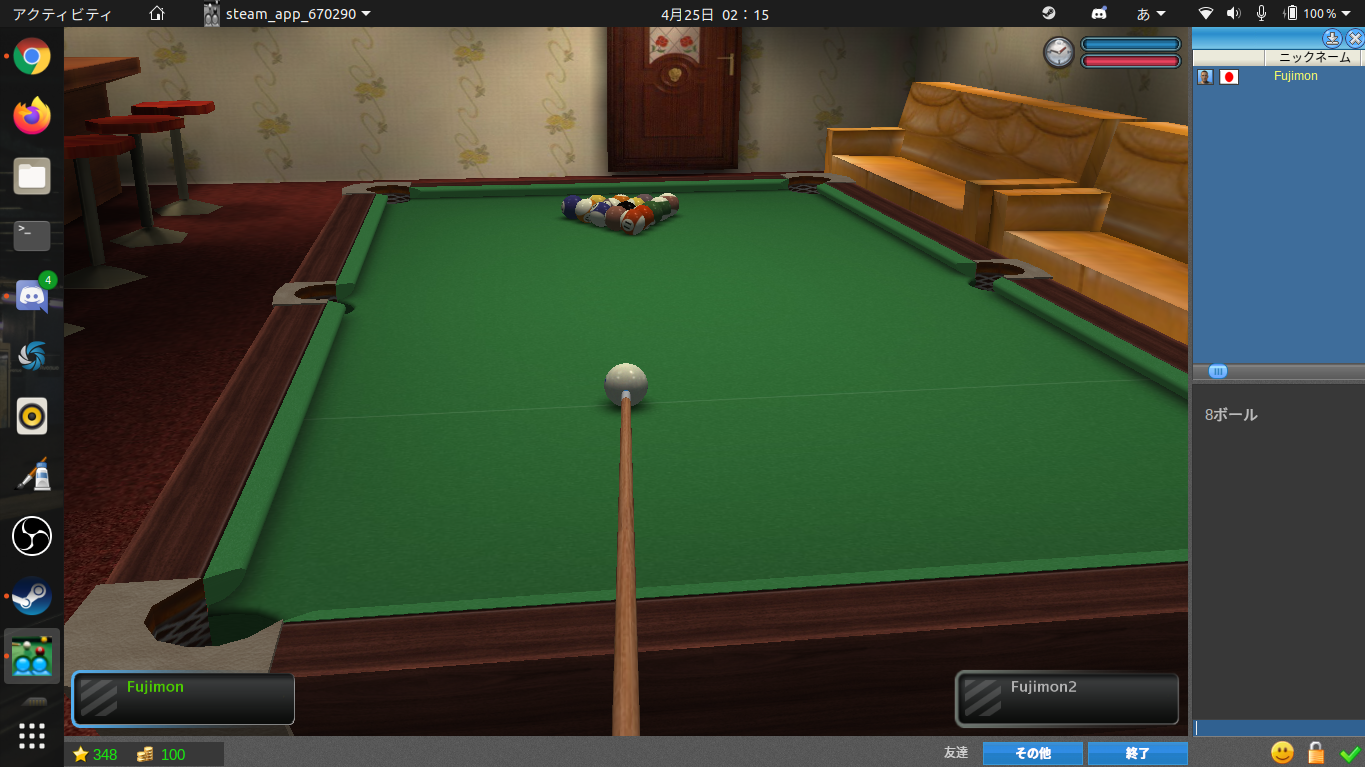 By the way, you can play normally like this. However, there is one problem, and when Japanese is input in a window or chat, the characters are garbled, so I will fix these using wine and winetricks.

This Steam Play (Proton) is actually a fork of wine, and it seems that some Wine libraries are shared and used, so installing Wine and Winetricks and fetching the libraries from there may solve the problem, in fact this The garbled characters were solved by installing the font with winetricks. Ubuntu 20.04 LTS hasn't been released yet (released at midnight April 24, 2020) so I didn't have much information, but the method I tried

With these, we were able to introduce wine and wine tricks. To check if wine can be used

You can check the version by running, probably 5.0 (please comment if different)

If you can confirm that wine can be used, to run it as 32 bits

After executing the above command, finally install the font using winetricks. Even so

All you have to do is execute it and watch until the end. 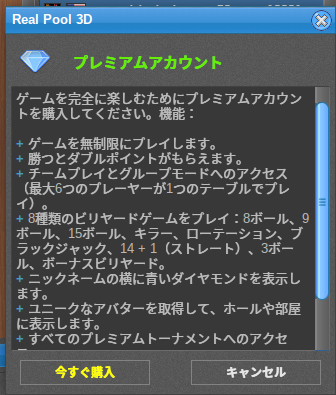 If you have a library you want other than fonts 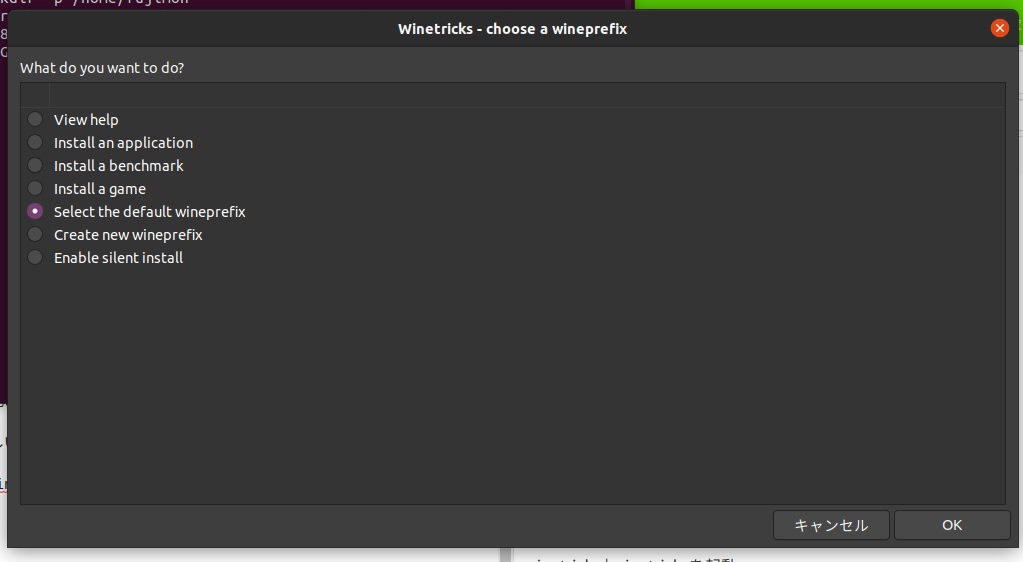 Make sure "Select the default wine prefix" is selected and click "OK" Something will come out, so answer NO or YES (I think it was an error report or something) 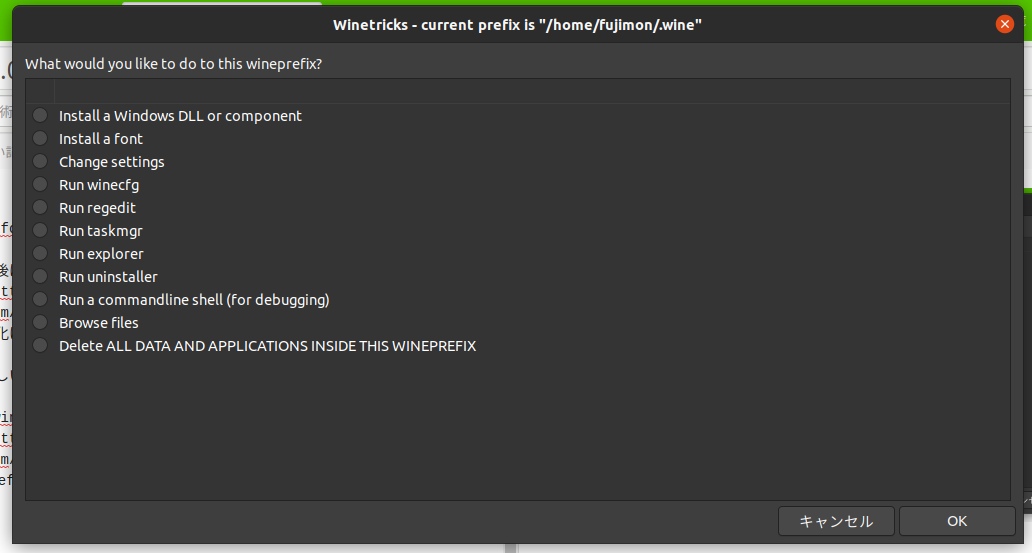 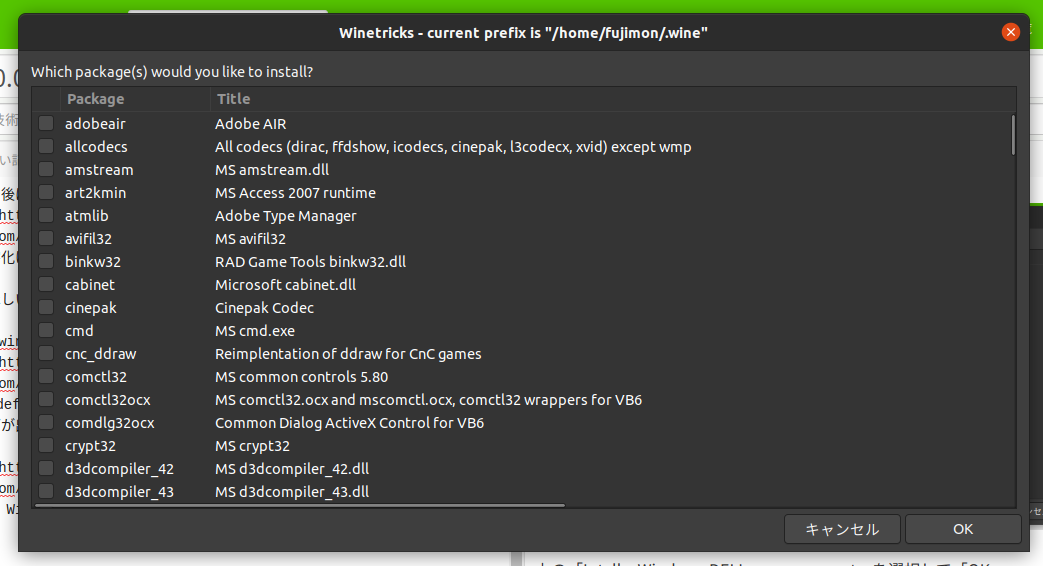 Install the required libraries from here. Perhaps DirectX 11 and Vulkan API are often used in games.

https://www.protondb.com/ ↑ There is a list of games that have been played using proton on this site, so if you are worried that the game you want to play will run on Steam Play (Proton), you should take a look.

Thank you for your hard work so far. With the advent of Steam Play, I'm very happy to be able to play Windows games on Linux.

I will answer questions as far as I can answer, so please do not hesitate to visit the end blog or Twitter. Good night. By the way ... Which one should I use, Hatena Blog .....