TL;DR ――We will share the knowledge of live game distribution on Arch Linux. --The Nintendo Switch screen will be delivered to YouTube Live using a driver-free capture board. --The distribution software uses OBS Studio. --Contains version-dependent information about OBS. Please be careful if the posting date and time is old.

I chose the following products because there are many people who have confirmed the operation on Linux. Since I am not familiar with the capture board, it looks like a suspicious Chinese product, but it is an HDMI pass-through compatible device that does not depend on the OS and does not require a driver. Anything that works on Linux will do.

The OS is Arch Linux for everyday use. Of course, Windows has more convenient tools for distribution, but Linux also has distribution tools in the repository.

This time, we will use the well-known OBS Studio. It can be installed not only on the Arch Linux Community repository, but also on Ubuntu and other major distributions.

On the other hand, the current version (24.x) of OBS Studio for Linux does not have the browser plug-in installed, and comments and subscription notifications cannot be displayed on the distribution screen. In the past version (23.x), it seems that you can install it just by placing the plug-in (obs-linuxbrowser) in the directory. It doesn't seem to work properly on x system. 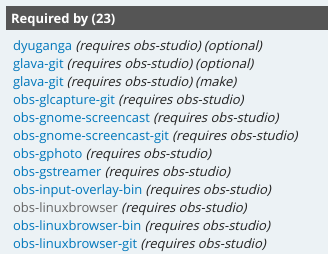 On the contrary, if you don't need the browser function, you can use 24.x series. There is Installation procedure on GitHub, so please install it according to your own OS. With Arch Linux, you can install it as it is with pacman. sudo pacman -S obs-studio

When you start it, there are ** Source ** setting items at the bottom of the large preview screen. Right-click and select Add, select ** Video Capture Device **, and set the Device field to ** MiraBox Video Capture **. 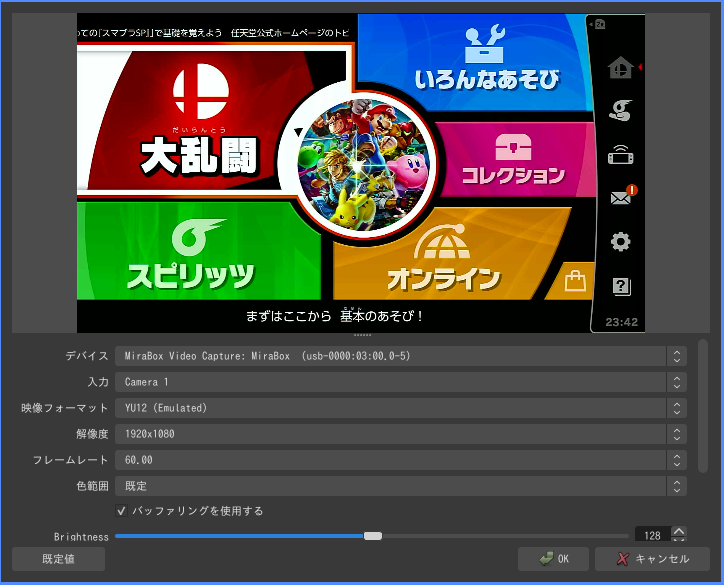 Stream Labs, which is an extended version of OBS, supports comment display during live distribution as standard, but this software only exists for Windows. On the other hand, Stream Labs provides comment display etc. as a widget function, so refer to this in OBS Studio.

Here, we will utilize the browser function that we wanted to use until we built the development version above. Create a Stream Labs account, log in, and open the Alert Box page. The URL is provided as shown below, so paste this URL into the browser source of OBS Studio. The browser source is set by selecting ** browser ** from ** source ** in the same way as the capture board selection earlier.

You can test notifications from Stream Labs. If you select ** Test Subscriber ** under the Widget URL, you can see the notification displayed on the distribution screen. You can add a comment field etc. by the same operation. 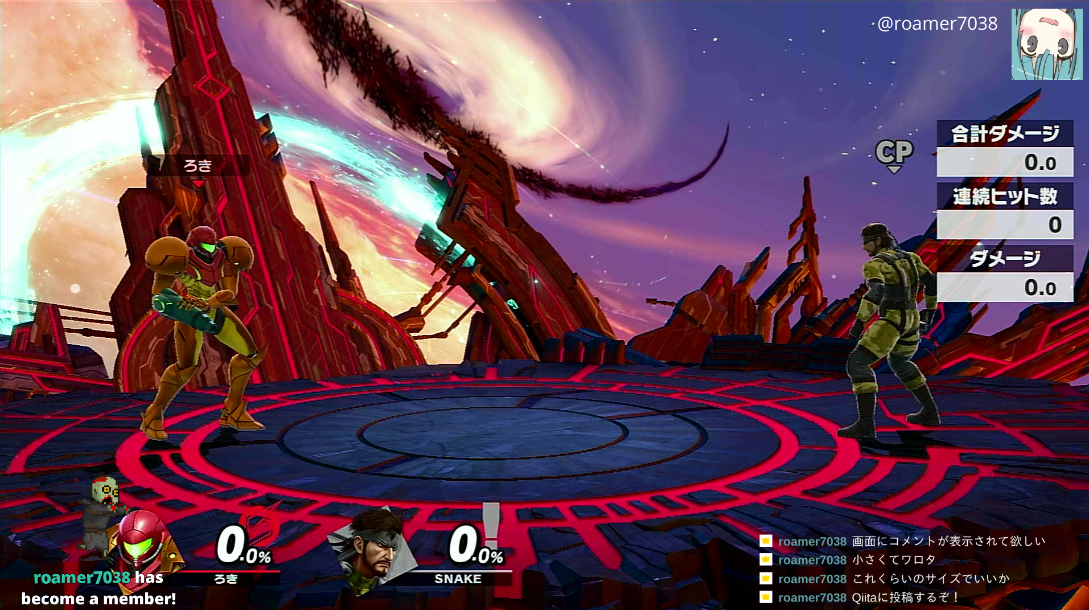 Also, if you find it troublesome to create an account, you can display the comment on the distribution screen by pasting the URL after popping up the comment field of YouTube Live and playing with the CSS.

You need to prepare it separately, but Sticky Reader, which is famous for reading aloud, does not work on Linux. There seems to be a service called YouTubeLive comment read aloud, but after delivering it for a while, it stopped reading aloud due to a mysterious error (API acquisition restriction?). It seems that it is quick to hit the YouTube Live API by yourself and have some software read it aloud. If you feel like it, consider making your own.