There is no team development at work, and I often write code individually, so I have rarely written code update history or release notes. (I haven't written a release note because I haven't released it)

Suddenly, I thought it would be better to have good version control before the release.

You can also use GitHub locally, The OS used was different and it was a hassle to learn how to use it, so I came up with a simple version control tool.

GUI The GUI looks like this: This time the theme is Light Brown 3.

Since the update history will be described in detail, more detailed updates will be included than the release. Therefore, it may be updated more than once with the same file name. Add the update time to the file name and copy the updated file to another folder. By doing so, the history of the text and the actual file are linked.

The "Title" of the release notes has somehow made it possible to outline the changes. 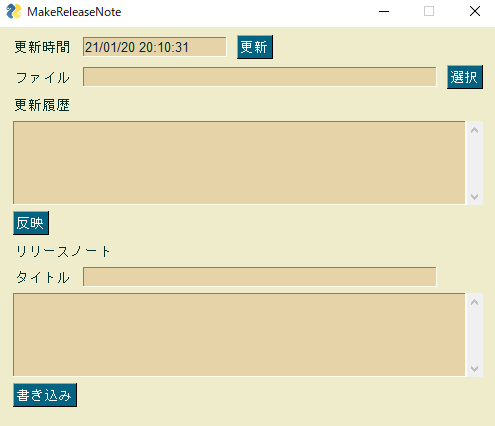 [update] Updates the time when saving the history. (* Automatic update will be added every 5 minutes to prevent forgetting to press)

[Choice] Select the file to be updated.

[Reflect] Write the update history to history.txt. ** Write so that the developer can see the specific changes. ** ** At the same time, the file to be updated with the update time added to the file name Copy it to the history folder.

Below is the code.

The update history text file has the latest information at the top like this. 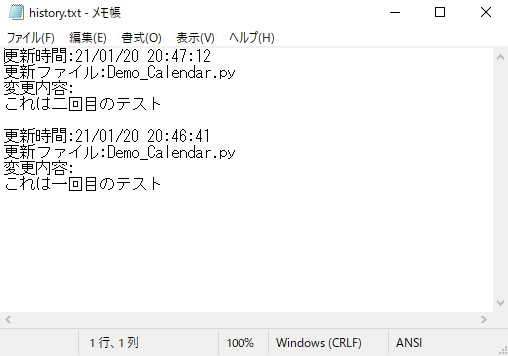 The history folder is at the same time as the above history update time The updated file has been renamed and copied. 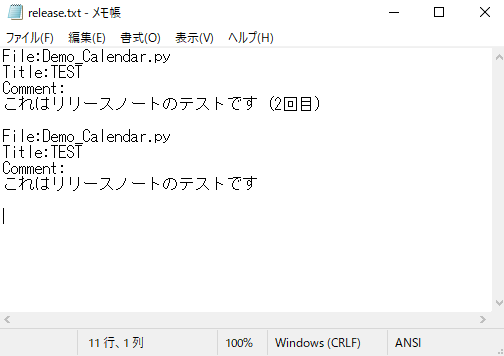 When --noconsole is inserted, the console does not appear at startup.

When converted to exe, a folder with the same file name will be created in a folder called dist. Among them, there are a lot of necessary files, and exe also exists there.

** Because it is created in a directory deviated from the original position Please note that an error will occur if a relative path is used. ** **

If it must be a relative path, copy all the files in the same directory as the exe and You can do it by deploying it where you want it to be. ** You can't just move the exe. ** **

I wanted the app itself to be versatile so that it could be used anywhere, Instead of rewriting it to an absolute path, I moved the environment with the relative path.

It has nothing to do with people who manage versions such as GitHub, but What I want to say is that you can do this with PySImpleGUI right away. I really recommend the combination of Python and PySImpleGUI, which allows you to quickly realize what you have come up with.