[LINUX] A story about remodeling Lubuntu into a Chromebook

(Updated on December 18, 2019, updated because the construction was completed)

This is the article on the 17th day of NISE (Aoyama Laboratory, Nanzan University) Advent Calender 2019.

I am in charge of the Advent calendar for two consecutive days, but let's do our best.

Well, yesterday I used Google Colaboratory to read the files in Drive. https://qiita.com/RomuskaPaloUrLaputa/items/e3149ecaaba7d081eb89

I introduced it as a fairly versatile one that can be used not only for machine learning but also for running light Python programs, but I can only use python. It would be better to have a local environment to touch other languages. ~~ (Where did the guy who was having trouble building yesterday go) ~~

If you feel free to develop anywhere, it's a pain to always carry a laptop with you.

…… There is a Chromebook. Instead of using only Chrome as a browser, it is as lightweight and cheap as an ultrabook, and the OS (Chrome OS) is also lightweight and operates as a crispy god terminal.

The OS is built on linux. In other words, you can install VS Code and Atom if you modify it a little.

So, I would like to remodel the magic immediately.

As a preliminary preparation, you need to switch the OS mode to developer mode.

Chrome OS usually runs on a channel called "stable". If you stay on this channel, you will not be able to open linux shell commands. Therefore, switch to the developer mode where you can play around with it. 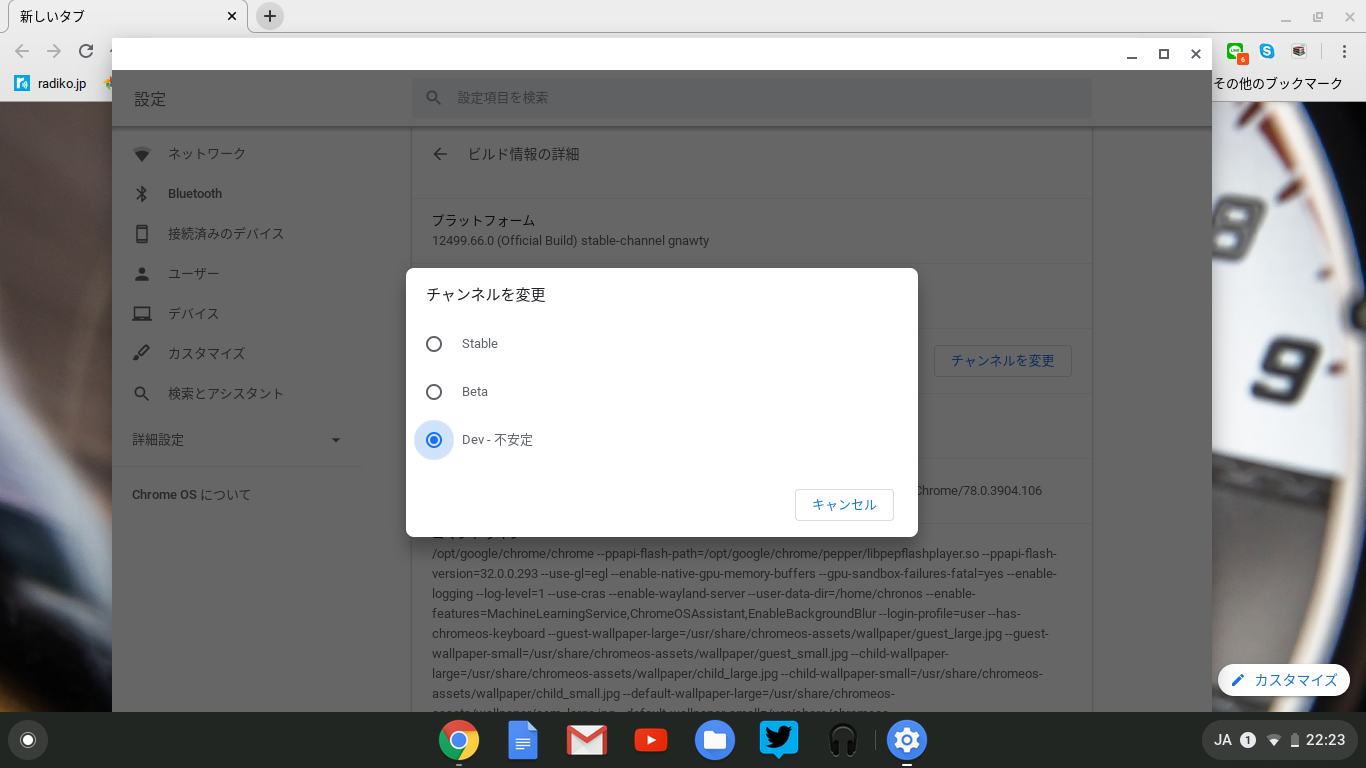 There are several ways to do it, but I'll show you how to succeed.

Switch with command while initializing

First, press ʻesc+reload (round and round mark) or F3` + power button at the same time 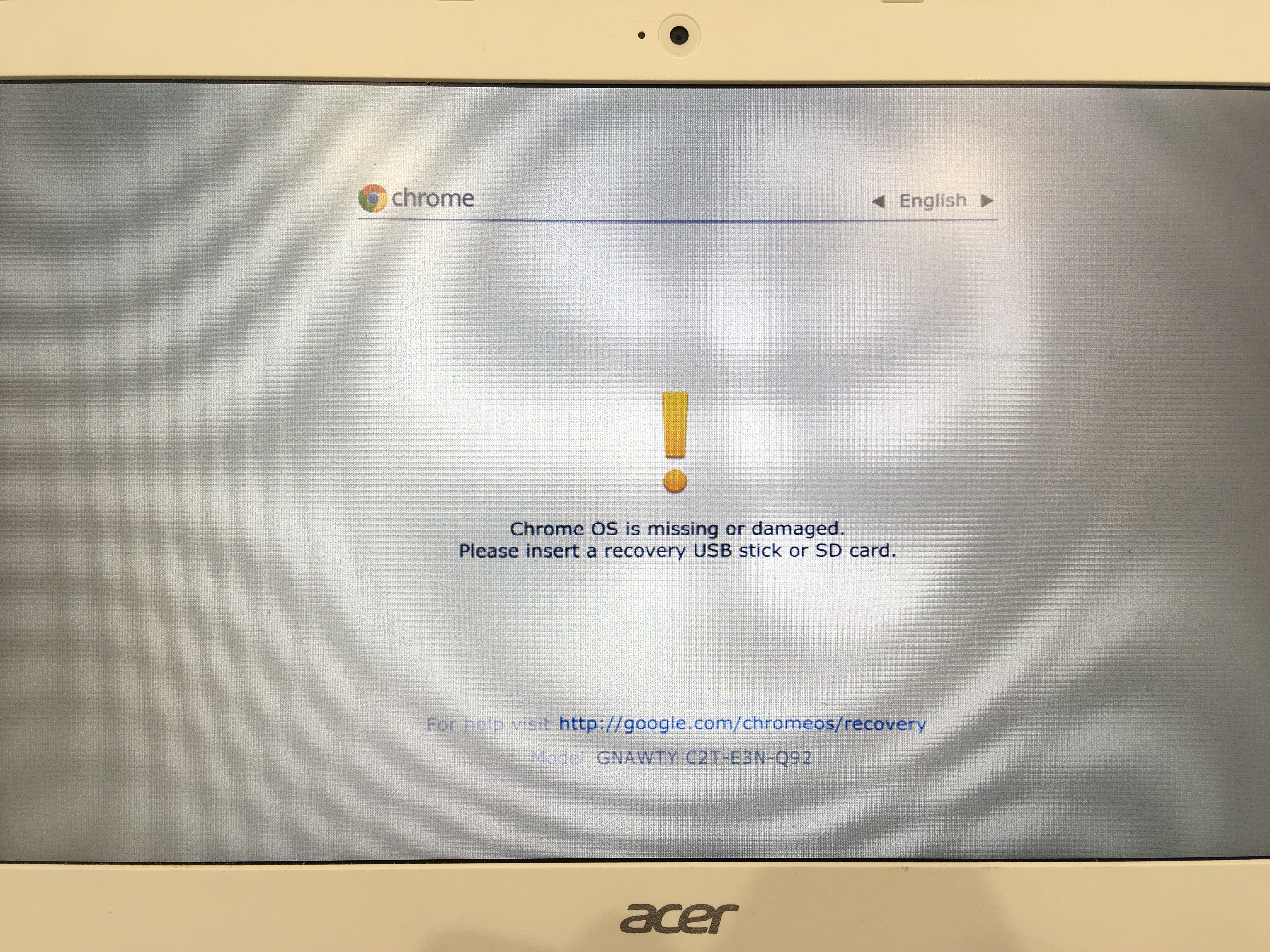 Then, a warning like "Is it okay if the data disappears?" Appears like this. In fact, the data in the local file will be blown away, so make a backup.

Next, on this screen, press ctrl + d at the same time. Then, switching to developer mode will start. 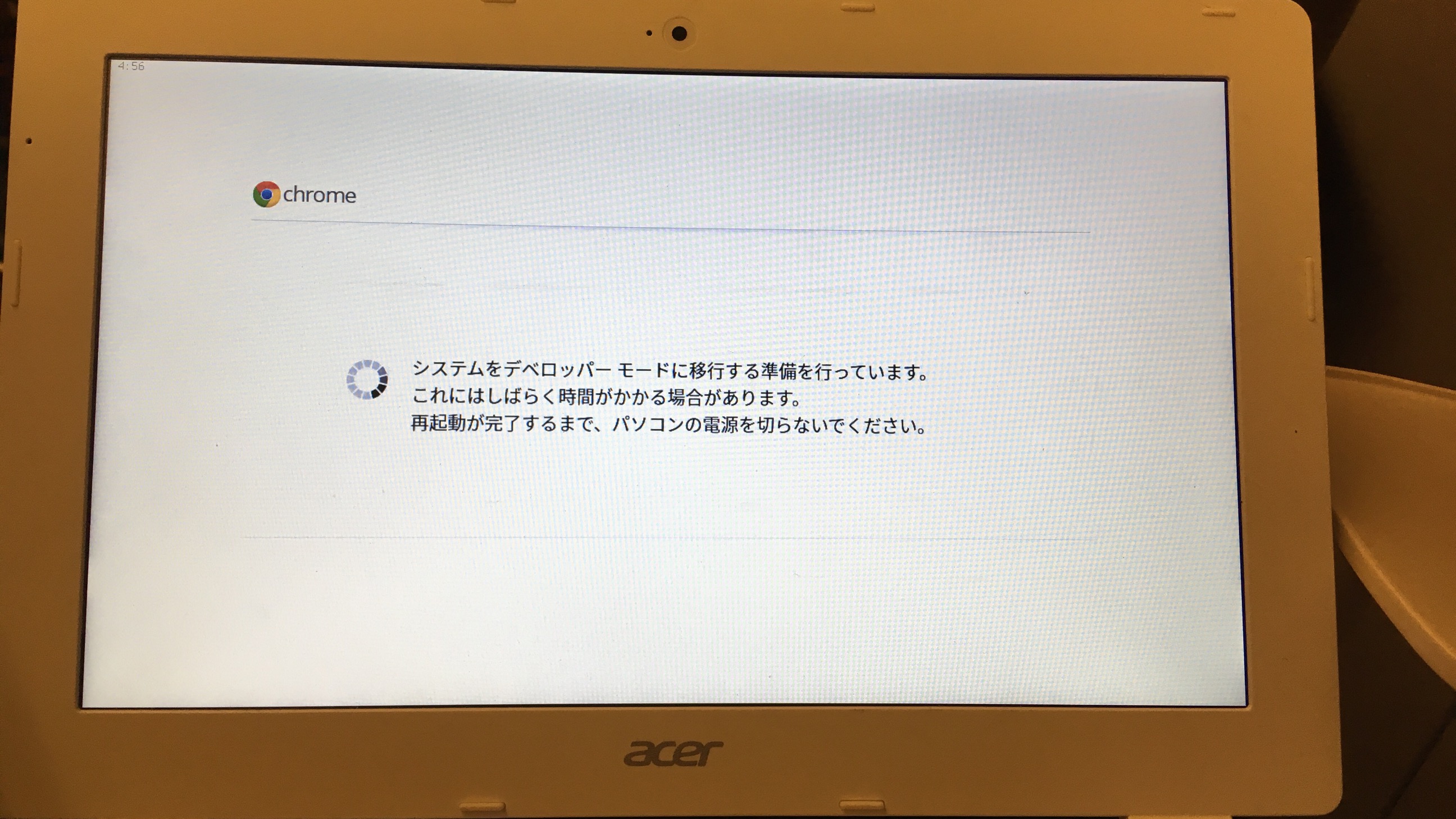 If you see a screen like this, it's OK.

It's like setting up WiFi normally and logging in to Google. I don't think there is any need for explanation here. Follow the instructions on your Chromebook.

crouton is software that allows you to place a container on ChromeOS and use ubuntu and Debian in a virtual environment. (I'm sorry if the explanation is different)

You can download it by jumping to github below. https://github.com/dnschneid/crouton

In addition, you can download the latest version of croutons by jumping to the URL in Usage.

Below, we will assume that crouton is in the directory download.

First, press ctrl + ʻalt + t` at the same time to start the Chrome OS terminal called chrosh. It feels like the same command as when starting a terminal on linux ... 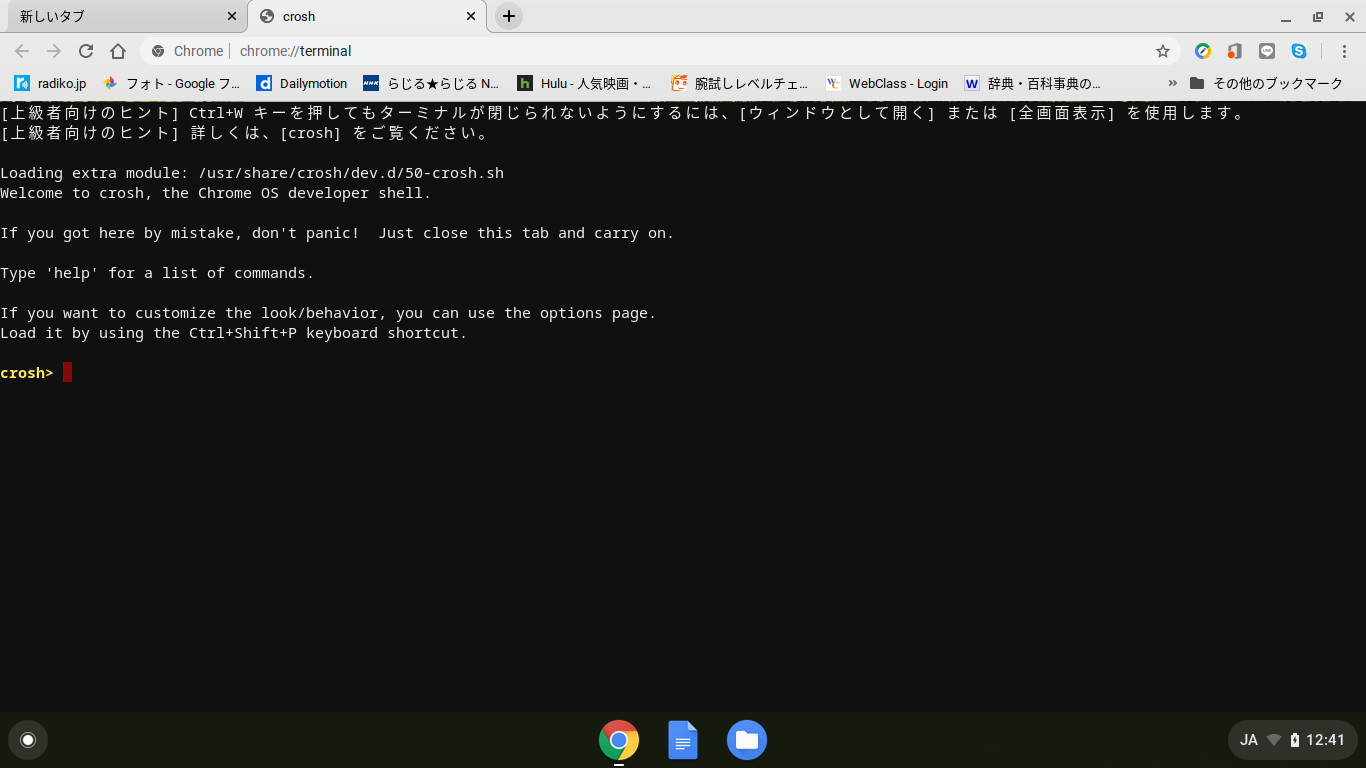 This screen will appear.

By typing shell, you will be able to use it like a normal linux terminal.

Basically, you can install two types of OS, Ubuntu and Debian. I don't know much about Debian, so this time I will install Lubuntu, which is an Ubuntu-based OS.

In a nutshell, it's a lighter version of Ubuntu. Ubuntu uses Unity for the desktop environment, but Lubuntu uses LXDE. This allows you to devote machine resources to other than OS operation from Ubuntu.

Since the Chromebook used this time has a lot of machine resources in the first place, it may not work unless the OS is as light as possible, so install Lubuntu.

Ubuntu OS that can be installed

With shell 'sudo sh ~/Downloads/crouton -r list' You can find out which version of Ubuntu you can currently install by typing.

further, sudo sh ~/Downloads/crouton -t list You can see additional options for the installation by typing.

You can also see the available desktop environment here, and now

principle, Sudo sh crouton directory -r OS you want to install -t option You can install it with.

I wanted at least something that could be used in a desktop environment sudo sh ~/Downloads/crouton -r xenial -t lxde-desktop,keyboard,audio,extension,chrome It was made.

The meaning of each option is sudo sh ~ / Downloads / crouton -t list In can be confirmed.

The installation itself takes about an hour, so be patient.

You will also be prompted for the primary user's username and password at the end of the installation.

Let's start immediately after the installation is completed.

For Lubuntu, in shell sudo startlxde Enter to start.

When I touched it for about 5 minutes, it moved smoothly as it was.

The latest Chromebooks can be built with the official virtual environment construction software called "Project Crostini", but older Chromebooks are not compatible at all.

By using crouton, you can poke Linux even on older Chromebooks.

I'm going to do a lot of environment construction.

p.s It was impossible to finish everything from Shinagawa to Nagoya on the Shinkansen. Please forgive me…