You can use the data visualization library matplotlib for visualization that can withstand print quality. I have used it extensively in the article until now. Depending on your ingenuity, you can draw a wide variety of shapes. Take a look at the Online Gallery to see what kind of illustrations are possible.

Today, I would like to select some interesting illustrations from this at my own discretion.

Speaking of 3D pie charts, You can win the first place in the graph ranking that you should kill In a sense, it's wonderful. Although it is visualization, you can also make such an illustration by using matplotlib.

As you can see, the source code is also posted on the official website, so it is convenient to make such an illustration as well, destroying the reader's sensibility.

This is a box plot that visualizes the basic and summary statistics in the basics of statistics. Since looking at the representative value is the basis of analysis, it can be said that it is a representative of frequently used graphs.

You can optionally display the average and customize the shape of the box. Since the source code is also posted including variations, it is useful when applying it.

Objects you don't know what to use

You can place graphic objects such as arrows and circles. These are called patches. You can also draw a picture with a patch.

I haven't faced the case of actually using this, but maybe there is an application example.

matplotlib provides several colormaps by default. By using this, for example, if you specify Greens, you can draw bar graphs and various charts with a green gradation as a whole. 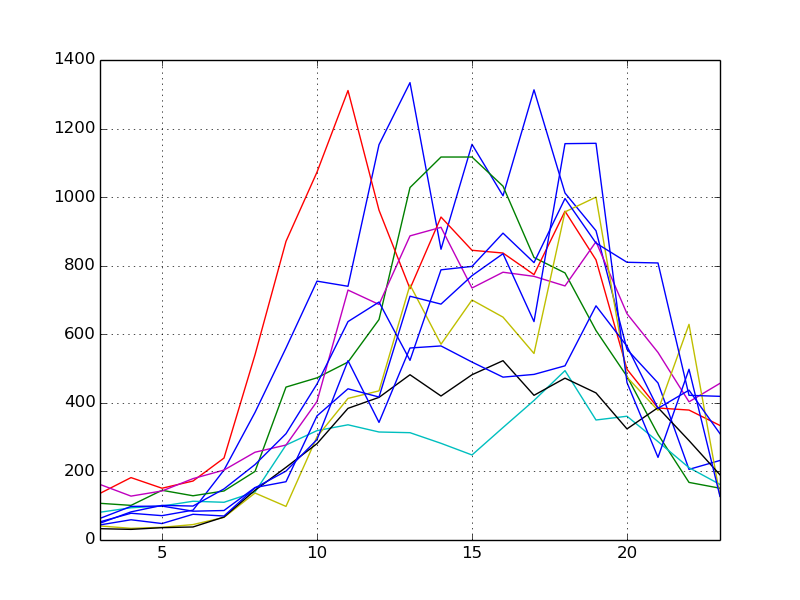 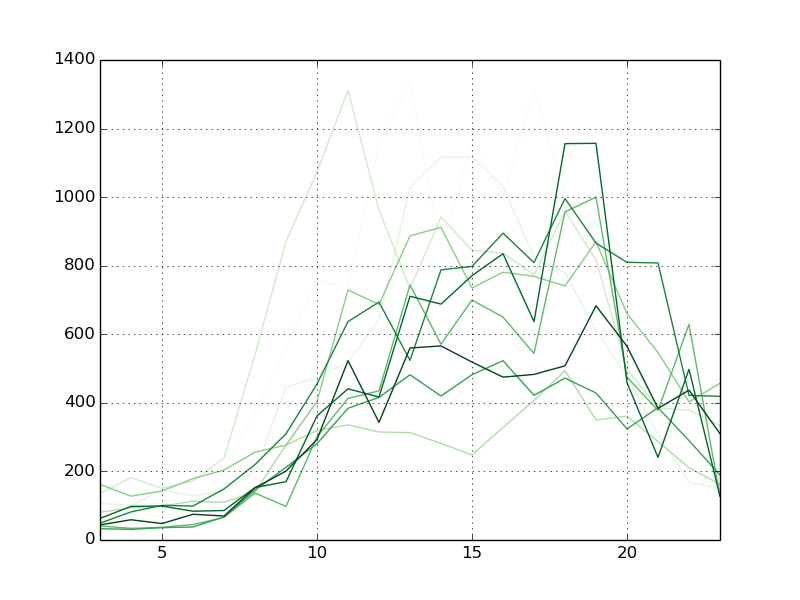 By changing the colors in this way, it is possible to support black-and-white printing and to make the colors easy on the eyes. Various graphs of the past also changes the impression unexpectedly when you try changing the hue. It's a good idea to know what [colormaps] you have (http://matplotlib.org/examples/color/colormaps_reference.html).

This time, I was talking about exploring the online gallery of matplotlib. There are other illustrations that are of interest to you, so take a look.