What is Bollinger Bands?

Bollinger Bands are often described in the graph below. From monex Securities HP. https://info.monex.co.jp/technical-analysis/indicators/003.html 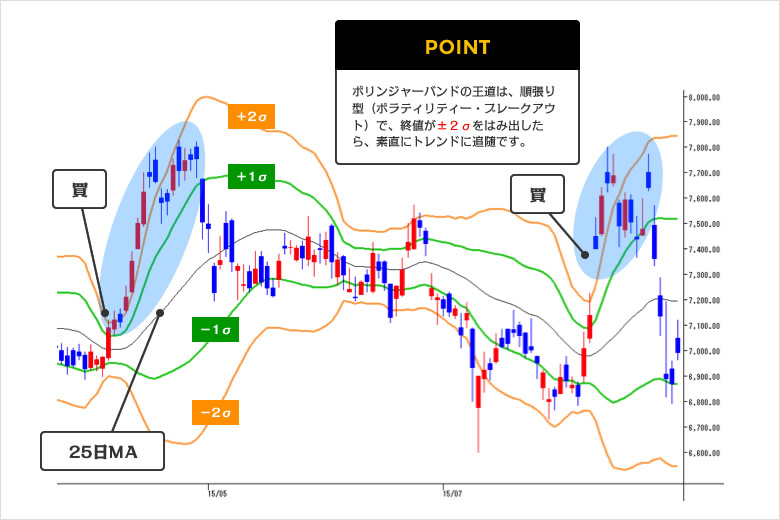 I often see pictures on the website of a securities company, but I have a question here. why? 25 moving averages (25SMA), why ± 1, 2σ? There may be an optimum value for odd values ​​such as 5SMA, 7SMA, 0.9σ, 1.4σ, and so on. Since this is the world of DX, it is easy to calculate with the power of your home computer. I came up with the idea last night to try to find the optimum values ​​for this σ and SMA. I don't know if it will work just by thinking about it ... To do that, you first need to draw a Bollinger band. 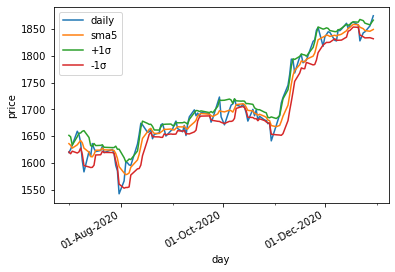 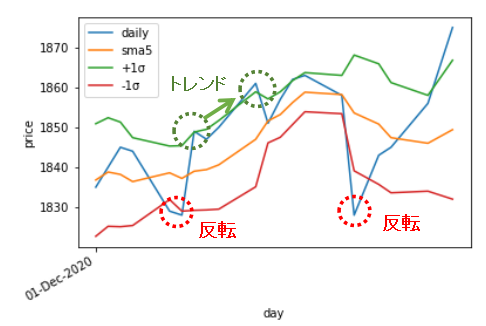 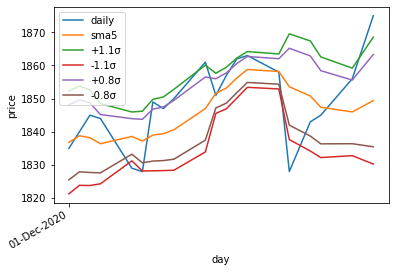 I would like to find the optimum value by the number of days and bandwidth of this moving average (SMA).

The first simple strategy is

Make a short-term game. The number of days on the moving average is several days. Search for the optimal solution for bandwidth and number of days to invert or trend in Bollinger Bands.

Let's think about this.

Next, I will create features and objective variables for that purpose.

That is the next "Investment quest: Make a system trade with pyhton (3)" (let's think about the script from now on).