This is a report of the AI ​​stereo camera that was cloud-founded by the kickstarter OpenCV AI Kit in August 2020. 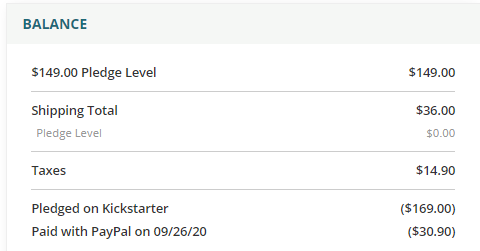 As shown in the photo. The power supply is 5.0V-3.0A and has connectors for all over the world. At least at the demo level of the tutorial, it runs on unpowered USB bus power. 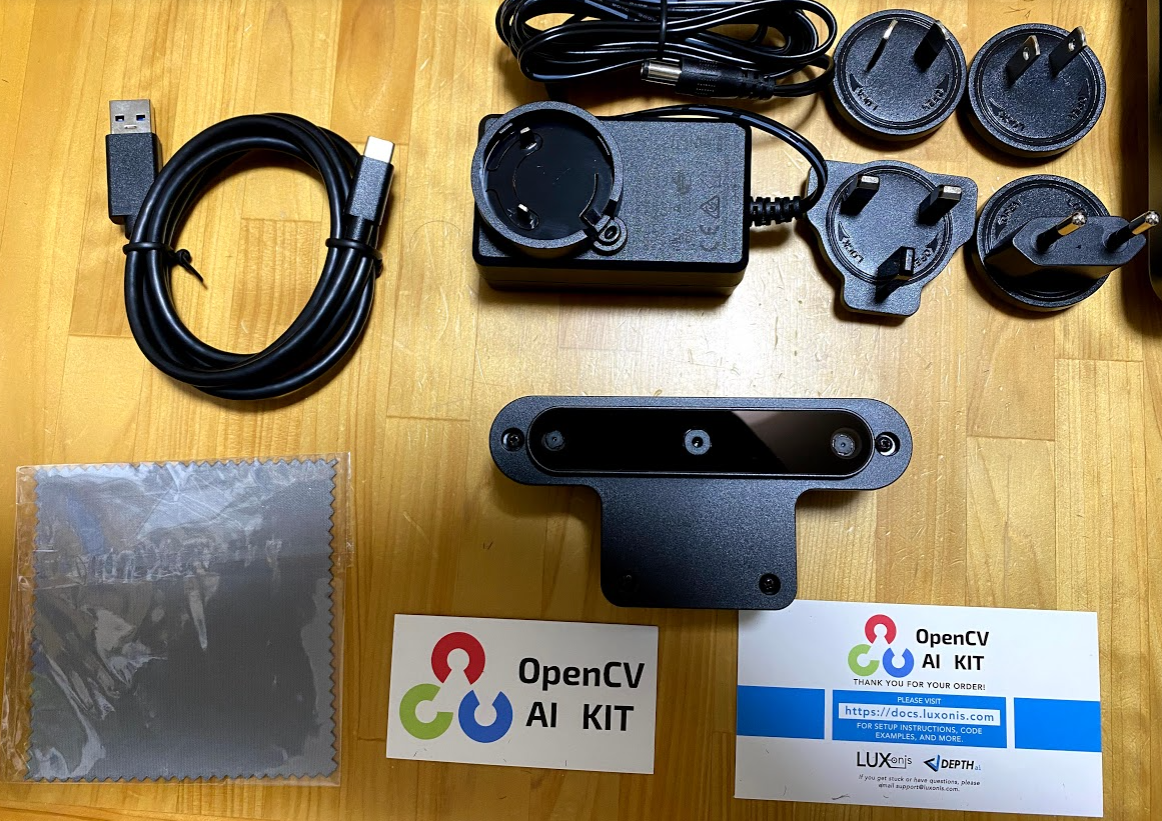 Basically, just follow the tutorial on the site written in URL of the included card. Below is the case for windows10. python3.9 installed.

--Install all at once with choco

--clone depthai to a suitable folder 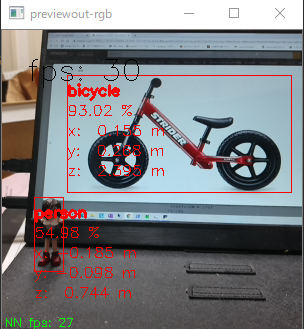 The distance to the object detected by the mobilenet 20class classification is displayed. Is Z the depth direction?

You can also output a depth image by adding an option to the previous depthai_demo.py. 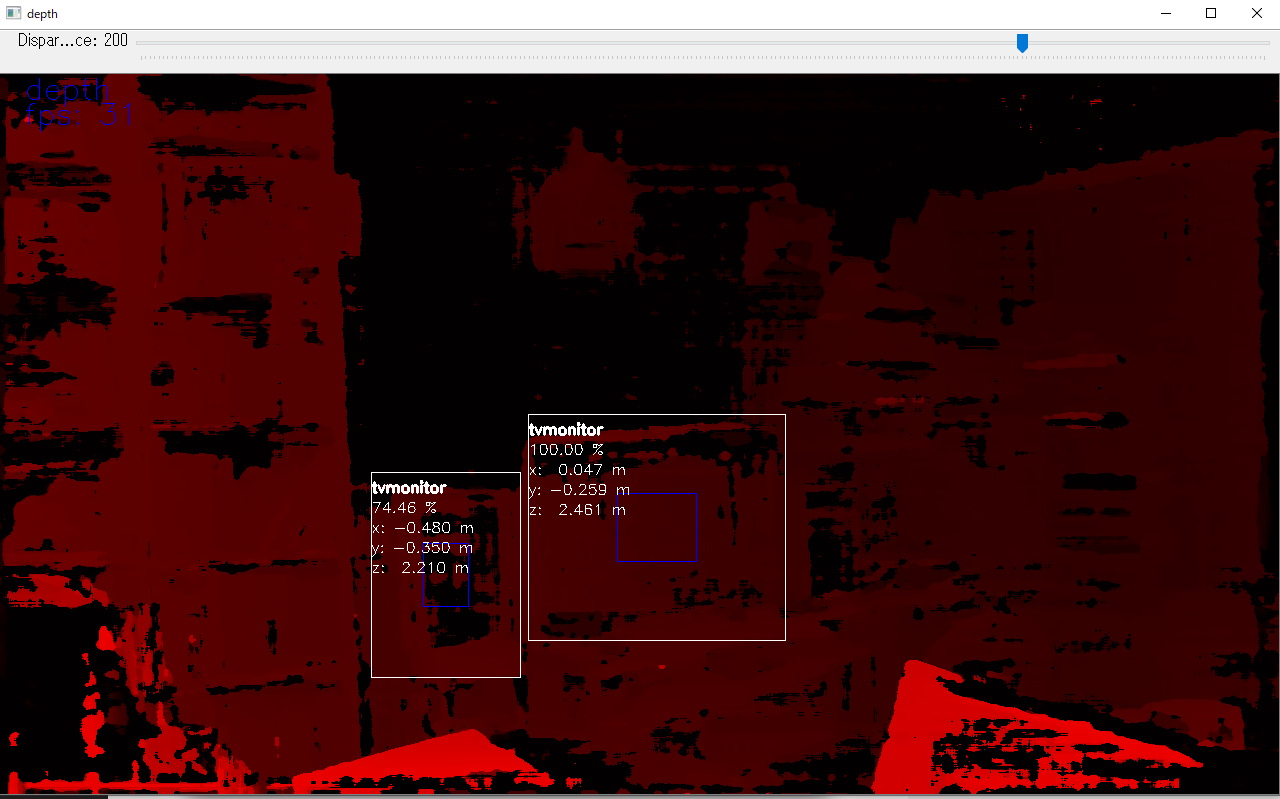 --Visible image with the same angle of view 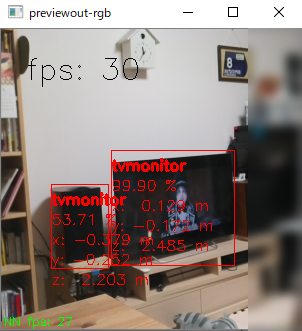 The parallax looks like you often see it in a general stereo, and it seems to be fairly clear.

The accuracy of object detection is rather delicate as if the speaker was mistaken for a TV monitor. There is also a Tutorial for using other models of OpenVINO, so I think it will be easier to replace it.

I could easily check the movement.

There are various possible causes of distance measurement error, such as passive stereo characteristics, algorithmic ones, and insufficient calibration. In the future, while proceeding with the tutorial, we will read the contents of the sample code so that we can bring out the performance.