I created an environment that can handle python on a laptop computer a long time ago. By creating a new environment on the desktop this time I wrote an article with the intention of making a note anyway.

For laptops, anaconda and PyCharm were included, so At that time, I probably asked the internet or my seniors to install it. I don't know what it is, but it's probably that I made that choice I wonder if it's a popular method.

By the way, it's a digression I wanted to draw recently, so I copied and moved the article in the above environment % matplotlib inline I got an error at that point.

I managed to write an IPython Notebook, but it's a hassle Gently erased

What I want to say is, I wonder if it is best to use anaconda and PyCharm together.

It's a hassle, so I'll put the same on my desktop PC.

I got the error below. It seems that there was a space in the file name. I decided to put it directly under C based on the information on the net.

I got something like this. You can cancel it once, create a file, and then start the installer again without any problem.

I did a lot of research, but I'm not sure, so I installed it as default. (I thought about it later, but it was my first time to put it in this computer, so I may have checked both of them.) 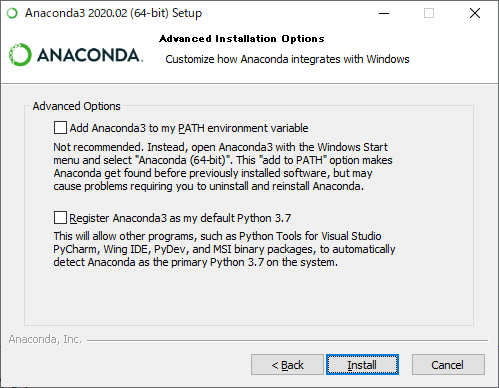 I got this screen. After all it seems that it is better to put PyCharm (passionate) 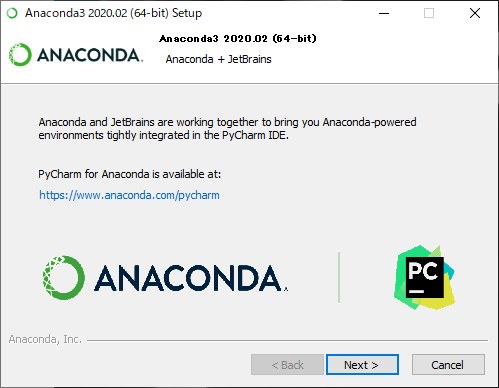 This is unchecked and finished. 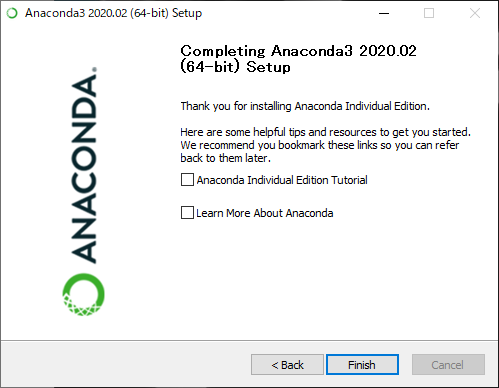 Anaconda navigator I will uncheck here because it is excellent 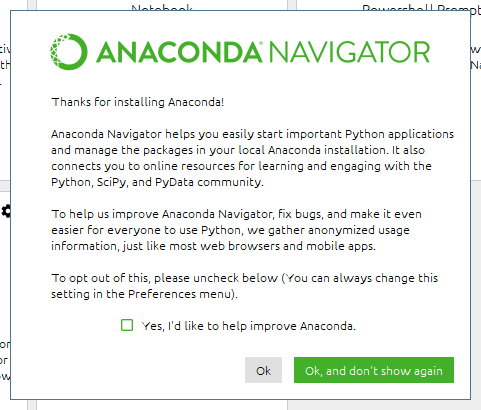 I didn't do anything else. I don't think it's necessary to put such various packages in a virtual environment, but ... I'm a beginner so I don't know. .. ..

PyCharm Let's also include PyCharm. Let's go to the community, not the Professional version. PyCharm

I'm not sure, but I gently added only the extension. 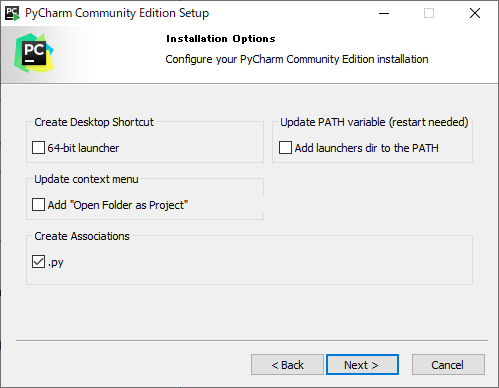 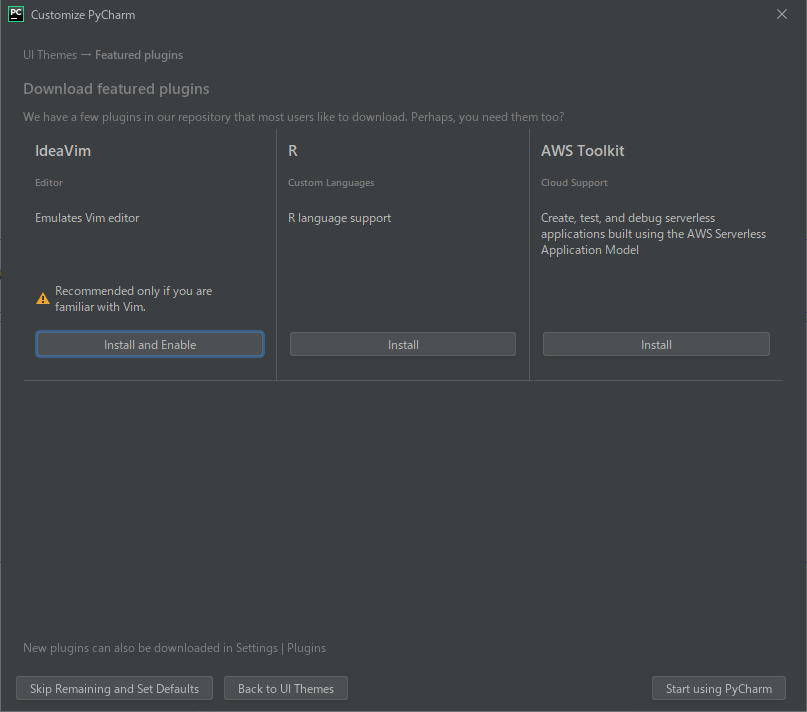 If you get here, it's a screen you know, so let's move it around.

Let's copy and move the one that contains numpy that I made a long time ago.

I got an error when I tried to move it without doing anything.


After all Go to settings → project Interpreter At show all, I selected Python 3.7, which includes Anaconda, and it worked. It said Conda Enviroment. There were virtualenv, system, pip, etc., but it's already working, so I'll do it again if necessary.


↓ The guy I made as a trial. If you put your favorite function in func, it will make a dot. (Because it starts from for sentence 0, it is a secret that I gently added +1)

I'm glad I moved around. 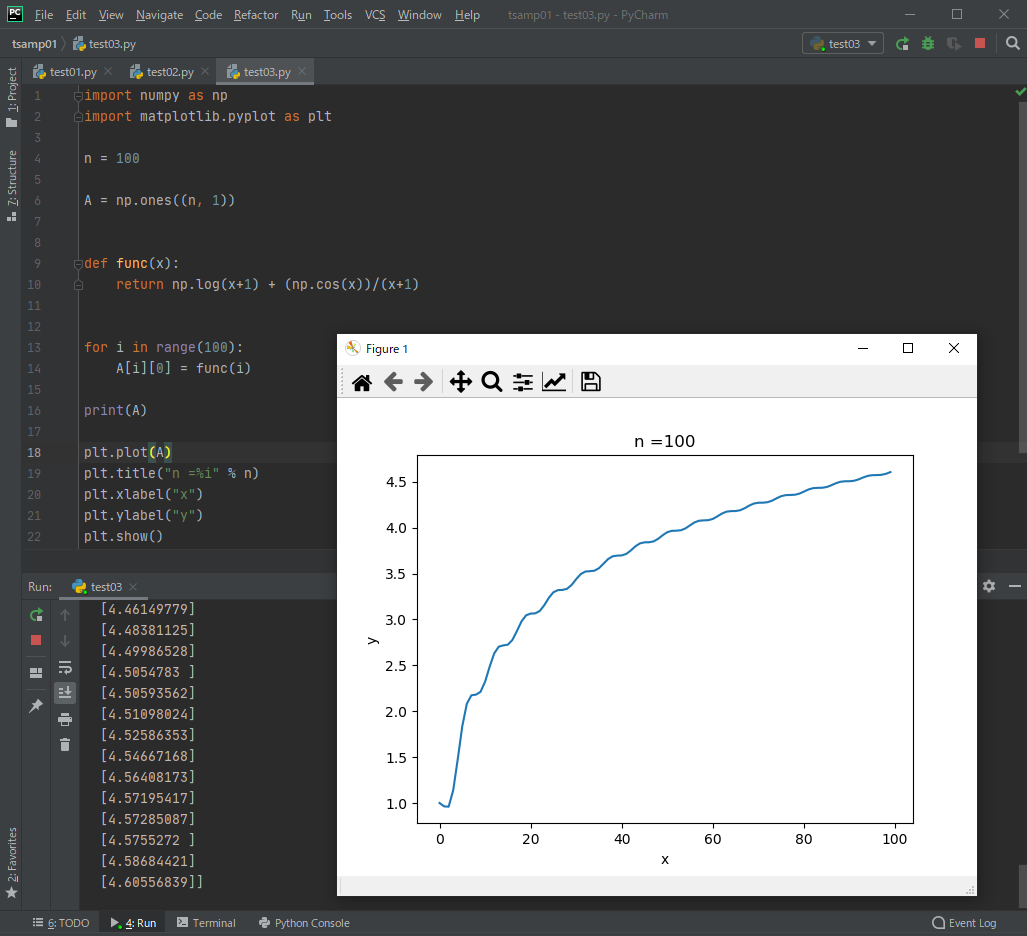 Postscript When I was organizing files, I remembered that I used to put them on my pyhton computer. I don't know if it works according to this article I don't remember if I passed the path or messed with environment variables. .. ..