Here is a summary of the recommended basic settings after installing Ubuntu 20.04 LTS (the contents are slightly different from those of 19.10).

Change the folder name to English

If you install Linux in Japanese, not just Ubuntu, the folder name in your home will be in Japanese, which is a little inconvenient.

By default, if you leave Ubuntu for 5 minutes, the display will automatically turn off, but 5 minutes is a bit short. 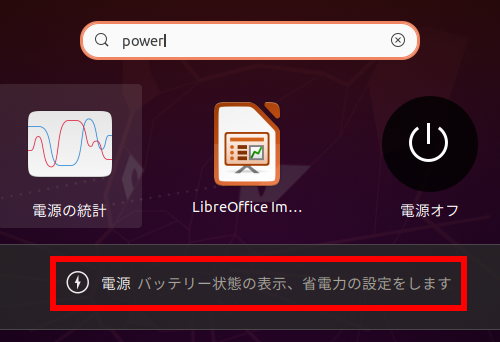 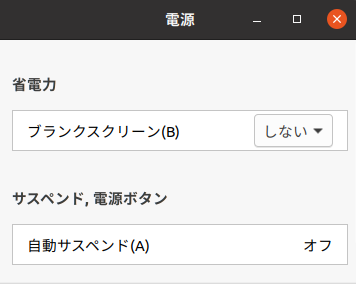 Show the trash in the Dock

Starting with Ubuntu 19.10, you can display the Trash in the Dock.

Move the application display button in the Dock to the top

Starting with Ubuntu 19.10, you can move the button at the bottom of the Dock to the top.

Allows you to enter Japanese 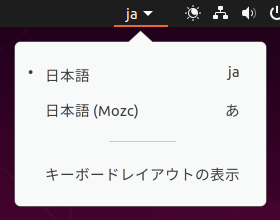 If you place a file in the template folder inside your home folder, you can create it from the file manager's right-click menu.

When you start an application, Ubuntu will automatically start in the maximized state if the window size of the application is set to a certain size relative to the screen size, so it is the maximum without permission. If you do not want to be converted, disable it.

First, the lower part of the Japanese character string such as the calendar and plug-in dialog is hidden and not displayed.

Second, when switching windows with Alt + Tab, the window switcher may expand vertically.

These can be displayed normally by installing the NT UI JP fonts.

From Corresponding to the bug that the window switcher spreads up and down.

Allows you to play videos and music

If you check "Graphics and Wi-Fi hardware and ~" when installing Ubuntu, the codec is already installed, but you can additionally install codecs for video and music playback.

During installation, the screen of the terminal will switch to ** ttf-mscorefonts-installer is set ** **, so

Ubuntu, like Google Chrome and Firefox, can install volunteer-created extensions. However, it needs to be set in advance.

Note that gnome-shell-extension-prefs (** extension **) is an extension management app that can be launched from the activity screen.

Ubuntu has a problem that Japanese characters are garbled when unzipping (extracting) a zip file created on Windows 10, but install the package ** ubuntu-defaults-ja ** made by Ubuntu Japanese Team. If you do, the characters will not be garbled.

After installing ubuntu-defaults-ja, restart Ubuntu for the settings to take effect.

Ubuntu's Japanese input software does not seem to have a large number of registered words, but with the introduction of Mozc UT2, the number of words can be greatly increased.

Originally it seems to be for Arch Linux.

The apps that come with Ubuntu are not the latest versions, and with the exception of Firefox, there are basically no updates that will increase the major version, so if you want to use the latest version of the app, use PPA. Need to be added.

PPA is a service for uploading apps to a site called https://launchpad.net/ operated by Canonical for users to use. is.

If you want to keep up to date with the latest LibreOffice, add the following PPA: This PPA is not official LibreOffice, but is maintained by the developers of GNOME.

It seems that version 7.0 of LibreOffice will be released around August 2020, but since there are many unfixed bugs and it may not be stable at the beginning, if you want to continue using version 6 series , Add a 6.4-only PPA instead of the PPA above.

Remmina is a remote desktop client. Remmina's PPA is the official PPA provided by the Remmina project.

Shotwell is a photo management app. Shotwell's PPA is an unofficial PPA by sicklylife.

If you're having trouble adding a PPA, you can use the command ppa-purge to remove the PPA and revert your app to its original version. The usage is as follows.

Type ** update ** on the activity screen to launch ** Software Update ** and check for any installed software updates!