When I was cleaning the room, an old PC that I wasn't using came out, and I felt it was a waste to throw it away, Windows 7 support has ended, so I decided to play with Chrome OS (Chromeium OS). did. It seems that there are several types of Chromium OS, but this time I will use Cloud Ready

First, we will create a USB for booting, so download from here CloudReady. From Windows, it seems to use "cloudready-usb-maker" to create a bootable USB, but for some reason it doesn't work ...

As an alternative, download "cloudready-free-78.4.3-64-bit.zip" from the page for Mac / Chrome and unzip it. Set the extension of the unzipped file to iso and make it an image file. Write Cloud Ready to USB using "Etcher" which was used to write Raspbian OS to SD card to SD to use Raspberry Pi. 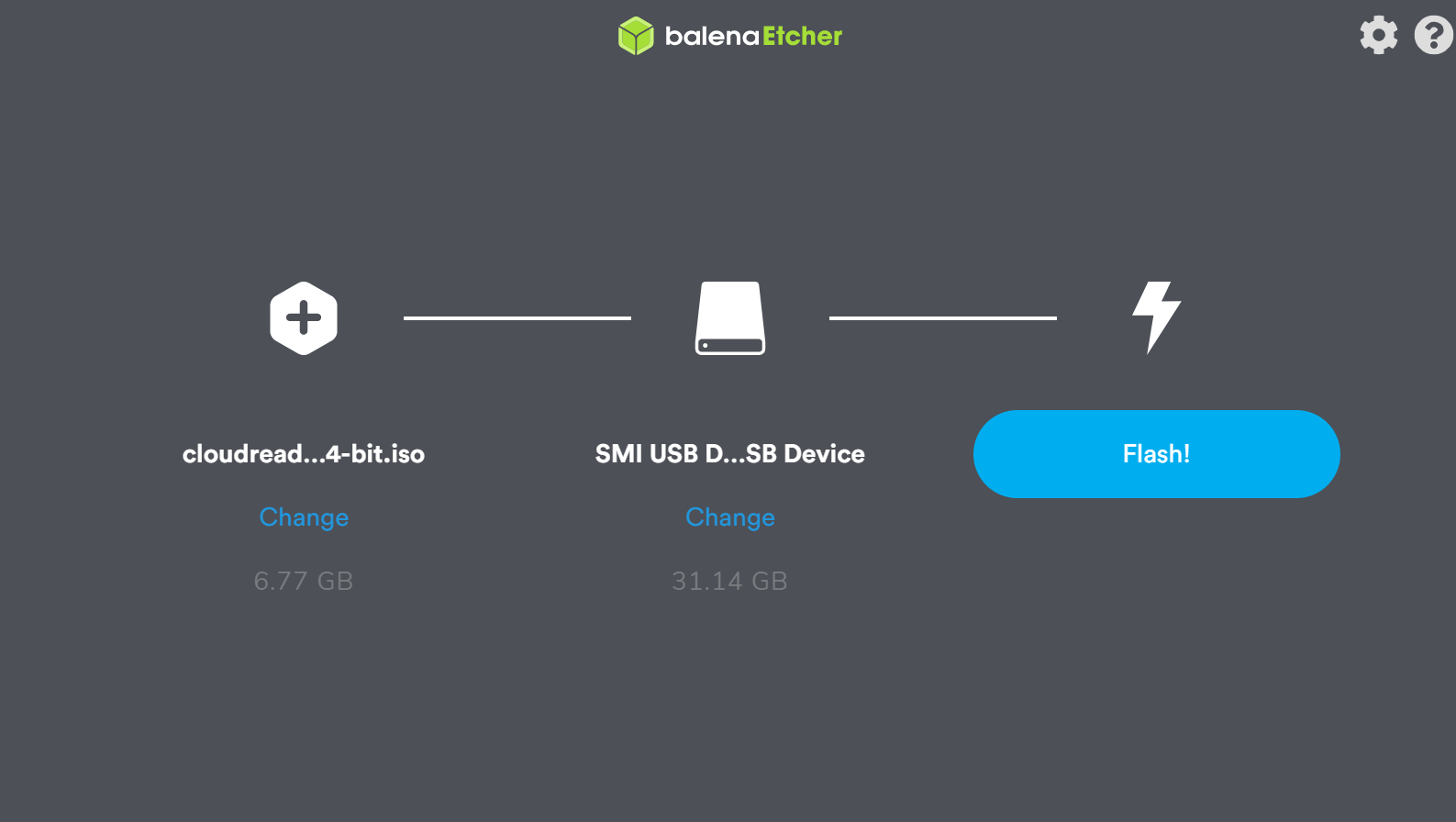 Completed when writing is complete.

At startup, hit F12 repeatedly to set the boot destination to USB and start. After completing various settings and logging in, you can use it for the time being, but since the boot destination needs to be HDD, install it in the PC. Click the clock at the bottom right of the desktop screen to open the task tray, click "Install OS" in it, and notes will appear. Click "INSTALL Cloud Ready". Then the installation will start, so wait for a while. (Sorry for the confusing explanation without the image ...) When it is completed, the power is turned off without permission, so restart it and log in again to complete the installation!

Developer mode by default in CloudReady? It seems that you can use the shell command without the need for complicated mode changes. (I'm not familiar with the shell command) Open a terminal with "ctrl + alt + T" and enter "shell" to start bash. After that, connect to Raspberry Pi with ssh connection as usual. 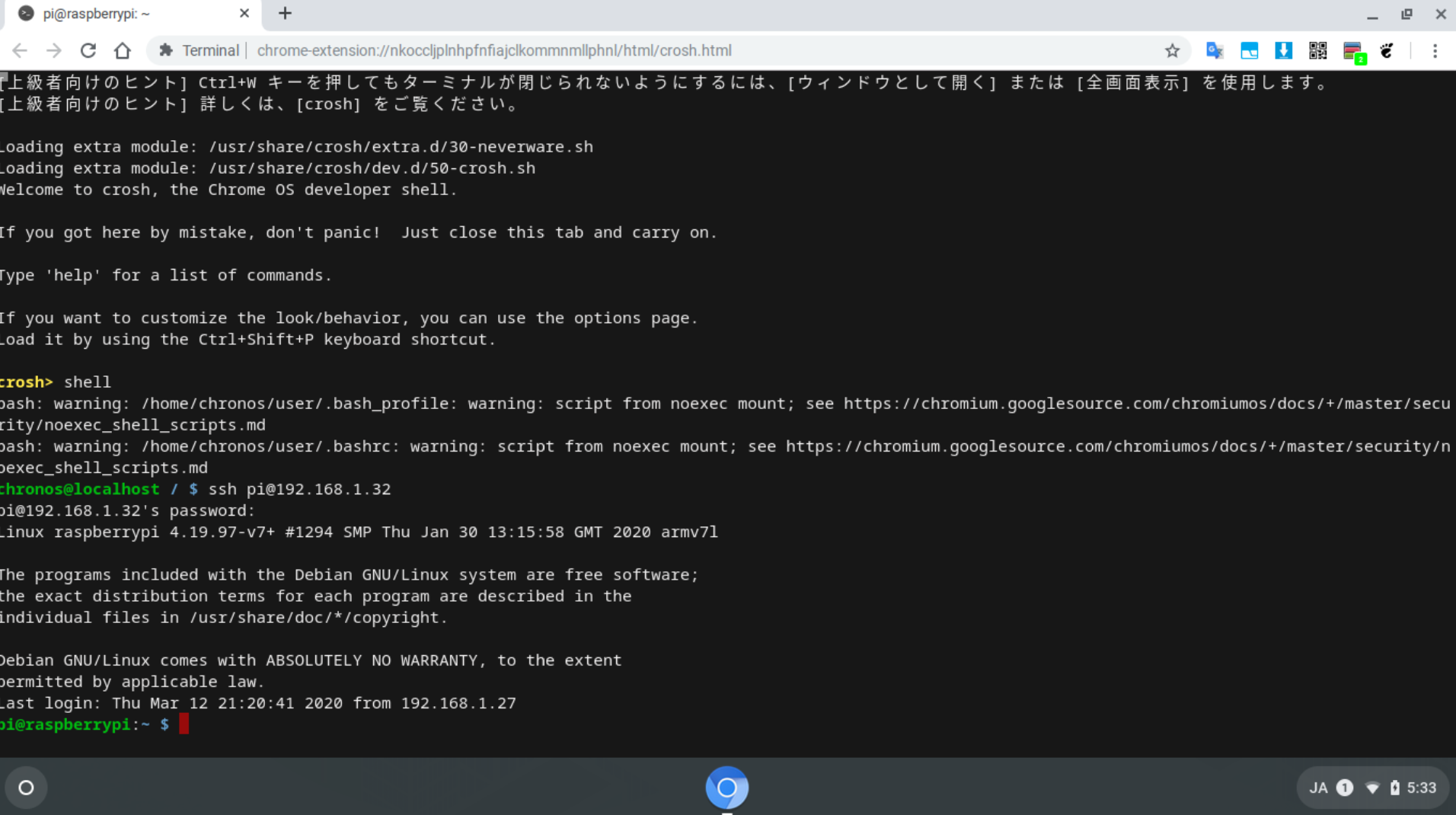 It's a fairly low-spec PC, but I'm surprised that it works faster than I expected if I replace the OS Furthermore, if you use Flatpak, you can also use applications for Linux, so it seems that you can use it for a wider range of purposes than you think ... Isn't Chromium OS good for PC reuse?