[LINUX] Programming Learned from Books May 8

Principles and practices of programming in C ++

--Class templates are also called type generators --The process of creating a type (class) from a class template based on template arguments is called specialization or template instantiation. --The simplest definition of generic programming is to use templates --Generic programming is to write the code corresponding to various people represented as arguments. However, it is assumed that their argument types meet specific Kumon requirements and semantic requirements. --Use a function template if the parameterization target is a function --Such a function is often called a parameterized function, but it is also called an algorithm. For this reason, generic programming is also called algorithm-oriented programming. --The difference between object-oriented programming using class hierarchies and virtual functions and generic programming using templates is that in the former the function to be called is not determined until runtime, but in the latter it is determined at compile time. ――It is effective to combine the two --It doesn't work to use a container of derived class objects as a container of base class objects --It will be a problem if vector <Shape *> is regarded as vector <Circle *> somewhere. --Just because D is B does not mean that `C <D>` is `C <B>`

Chapter 3 Machine learning to be introduced into business

――In deep learning, you mainly learn a function called a neural network. --The process of calculating the input of the next layer from the output of a certain one can be implemented by multiplying the weight matrix and adding the bias vector. --Four frameworks for deep learning Caffe Torch7 Theano / Pylearn2 Chainer ――First master one framework and then learn other frameworks as needed

How did I learn the Linux kernel? Yutaka's technical book

--If there is a defect in the kernel, booting fails, and you cannot log in to the OS, you cannot do anything. --The messages output by the Linux kernel and device drivers are from printk (). You can understand the meaning of the message by finding the part you are reading this and reading it carefully.

Chapter 6 Role of the Linux Kernel

--The English notation of runaway is runaway --The kernel activates Out of Memory before it really runs out of memory and gets stuck.

--In Linux, CUI (Character-based User interface), which is a method of operating only with character information using a keyboard, is basic. --The advantage of CUI is that once you get used to it, you can operate it faster than GUI. It is easy to automate a series of operations. It is easy to operate a computer in a remote place via a network, etc. --The root user is called the superuser, and the others are called general users. --If you log in as the root user and work, even a small mistake can cause fatal damage to the entire system. --For root user, $` `` changes to` `#` `` --Log out withexit --The `` `cal command displays the calendar --The calendar for August 2020 is displayed with cal 8 2020 -- cal -m -3 displays 3 months before and after with Monday at the beginning. --The order in which multiple options are specified at the same time does not matter. Also, space is not required --Basically, it is specified in the order of option arguments --You can see the online manual at `man``` --``` man cal``` to display the manual of cal command --You can specify the section like man 5 passwd --If you don't know what section the online manual has, you can use the whatis``` command to extract and display only the first line of the manual. --Some commands display a brief description of the online manual catechism with the `` --help option. --Only the root user can use the `` `shutdown command. -- shutdown -r reboot after system shutdown reboot -- -h Shut down the system and stop it -- -c Cancel a running shutdown --You can specify `23:45``` or `+ 5 (after 5 minutes) for the argument time. -- shutdown -h now immediately shuts down the system -- shutdown -r now restarts immediately -- shutdown -r + 10``` restarts after 10 minutes

--Construction generally indicates the practical part of making something

https://amzn.to/2A4nVdf ** I think we need to know human weaknesses to create artificial intelligence that saves humans **

Learn from the internet

--I tried to block all sites in the hosts file and specify exception sites for about 2 hours, but I couldn't find any information.

--Schedule of 2020 fall semester --I took a UNIX lab and a structure and algorithm. 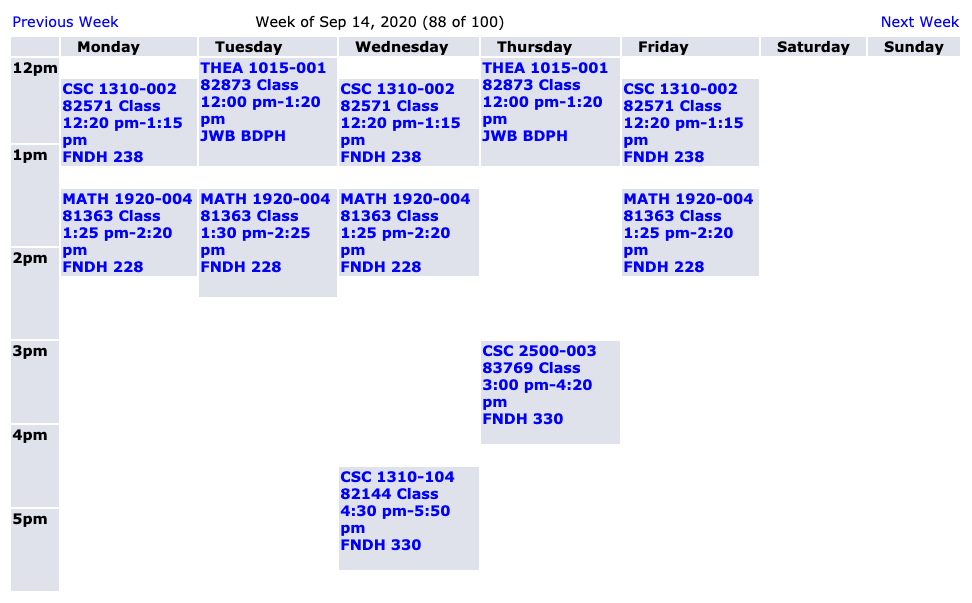 ――Recommended because it became easier to read e-books on the monitor after missing the blue light-cut orange lens glasses.

Source: It is described in the amazon link.