What to do if you get the error RuntimeError: Python is not installed as a framework when trying to use matplitlib and pylab in Python 3.3

So I decided to do machine learning using Scikit-learn. I also decided to use matplotlib because I wanted to visualize the figure. When I imported pylab to use matplotlib easily, I got the error RuntimeError: Python is not installed as a framework, so I changed the matplotlib settings and solved the problem.

Is necessary. There are many other things you need. For more information, please visit the Official Page

If you brew install freetype, the dependent libpng will also be included.

In a dialogue environment

First, I checked if there were any people who were in trouble with the same error and who solved it.

Apparently it hasn't been resolved yet as of October 2013.

The matplotlib image drawing backend (reference http://matplotlib.org/faq/usage_faq.html#what-is-a-backend) is "macosx" which renders using Cocoa's API by default. GTK Agg and Qt4Agg are non-default backends. When using from Linux or Windows, of course, set a backend other than macosx.

The problem is that in my environment I used pyenv to install Python 3.3 in a different location than it was originally on my OSX system. In this case, it may not be possible to draw with Cocoa's API, so when importing pylab, an error will occur just in case.

Specifying the backend to something other than macosx solves the problem.

And specify to use TkAgg as the backend.

I ran the code that visualizes the result of sklearn in pylab, which is introduced in this blog article http://sucrose.hatenablog.com/entry/2013/05/25/133021, in an interactive environment. 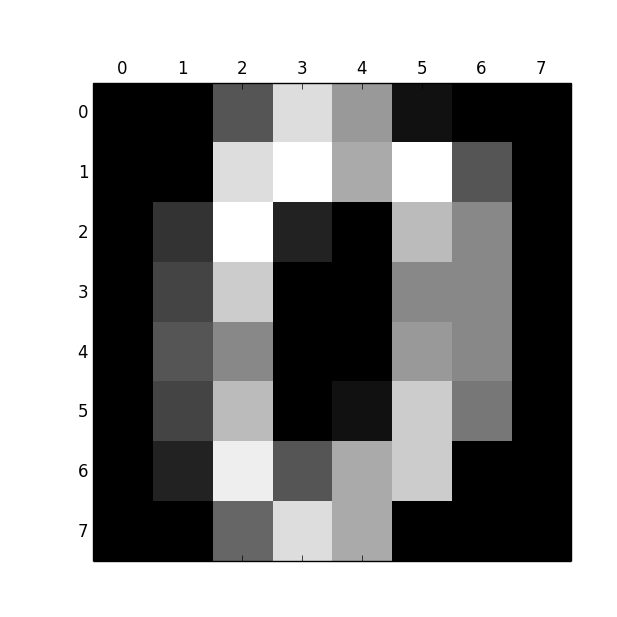 In this way, I was able to draw a beautiful figure even with TkAgg.