Impressions of this time

In D ** I was crying because the subscripts didn't match forever ... As a result, if I solved it after rearranging the policy, I could solve it, so I would like to be aware that ** I will rebuild from the policy if I get stuck in the implementation **.

It's a difficult problem, but you can see it by experimenting.

I would like to use DP to handle the condition of 2 consecutive squares, but ** normal 2D DP seems difficult ** because $ n and m $ are large. Therefore, I conducted an experiment with the expectation that it would be decided ** to some extent regularly **.

At this time, when I conducted an experiment using samples, I found that ** if the first column was decided, the subsequent columns would be decided in order **. For example, if it is 5 rows and 3 columns, it will be as follows. 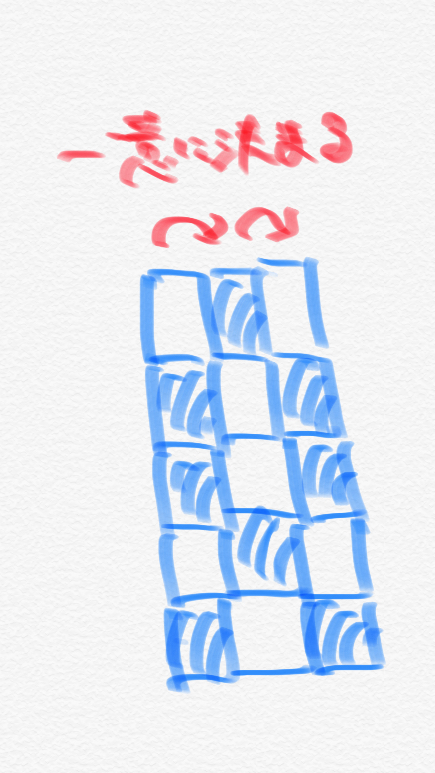 From the above figure, you can see that by deciding the first column, the columns after that are ** uniquely determined **. You can also see that the ** odd-numbered and even-numbered columns have the same pattern **.

However, there are some patterns ** that cannot be uniquely determined. That is, it is a pattern in which black and white cells are staggered as shown below. There may be more than one of the following columns for this pattern: (I will not prove here that there are not multiple ways in other patterns, but it can be proved by using the fact that it is uniquely determined in the case of cells with consecutive colors) 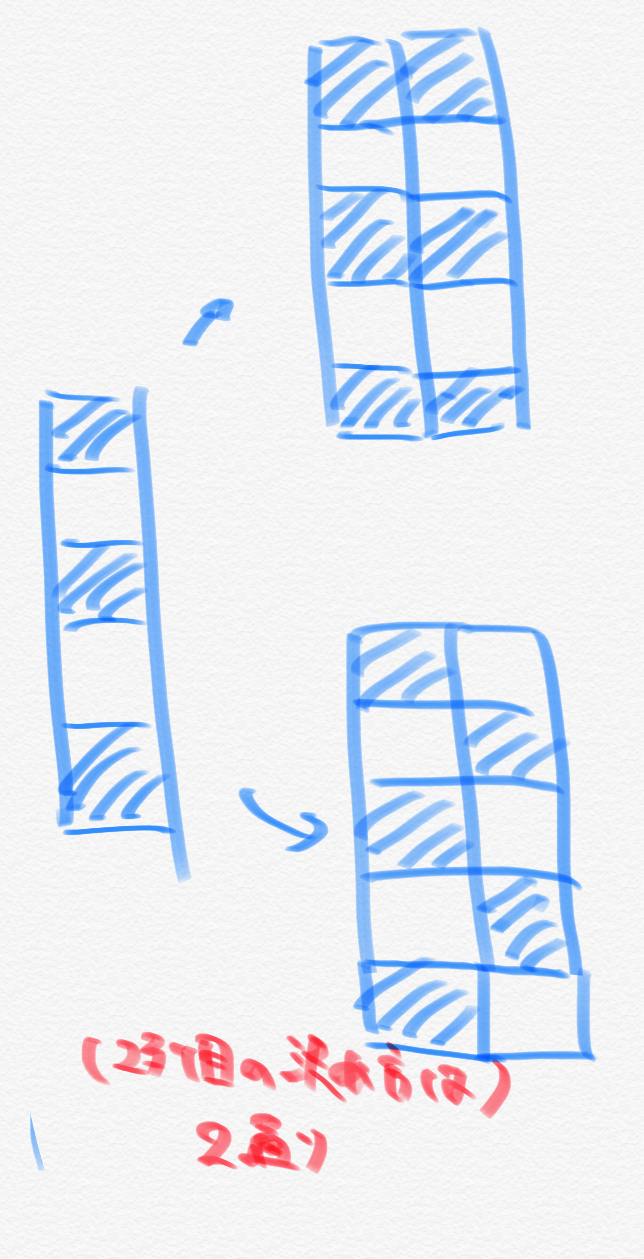 I spent too much time because I couldn't move on to the implementation after summarizing the considerations so far. It is a reflection. Anyway, we will consider the implementation below. You also need to remember to divide by $ 10 ^ 9 + 7 $.

① How to decide the first row

At this time, the transition is as follows (abbreviated).

(2) There are several ways to decide when the pattern is a pattern in which black and white squares alternate in the first row.

At this time, the transition is as follows (it is abbreviated a little).

As mentioned above, the total number of patterns of ① and ② should be calculated as the answer. Also, you can see that the DP performed in ① and ② is the same.

This is a problem that could not be considered and organized. It's a shame because it's the kind of problem I don't want to drop the most.

Here, the condition for establishing the parenthesized string is that ** "(" is +1, ")" is regarded as -1 and the cumulative sum is always 0 or more and the last element is 0 **. Even if you swap here, the number of "(" and ")" does not change, so you only need to check ** whether the value of the element that minimizes the cumulative sum is 0 or more **. Also, the cyclical shift is easy to understand by looking at it while shifting the first element as shown below (pattern in sample 1). 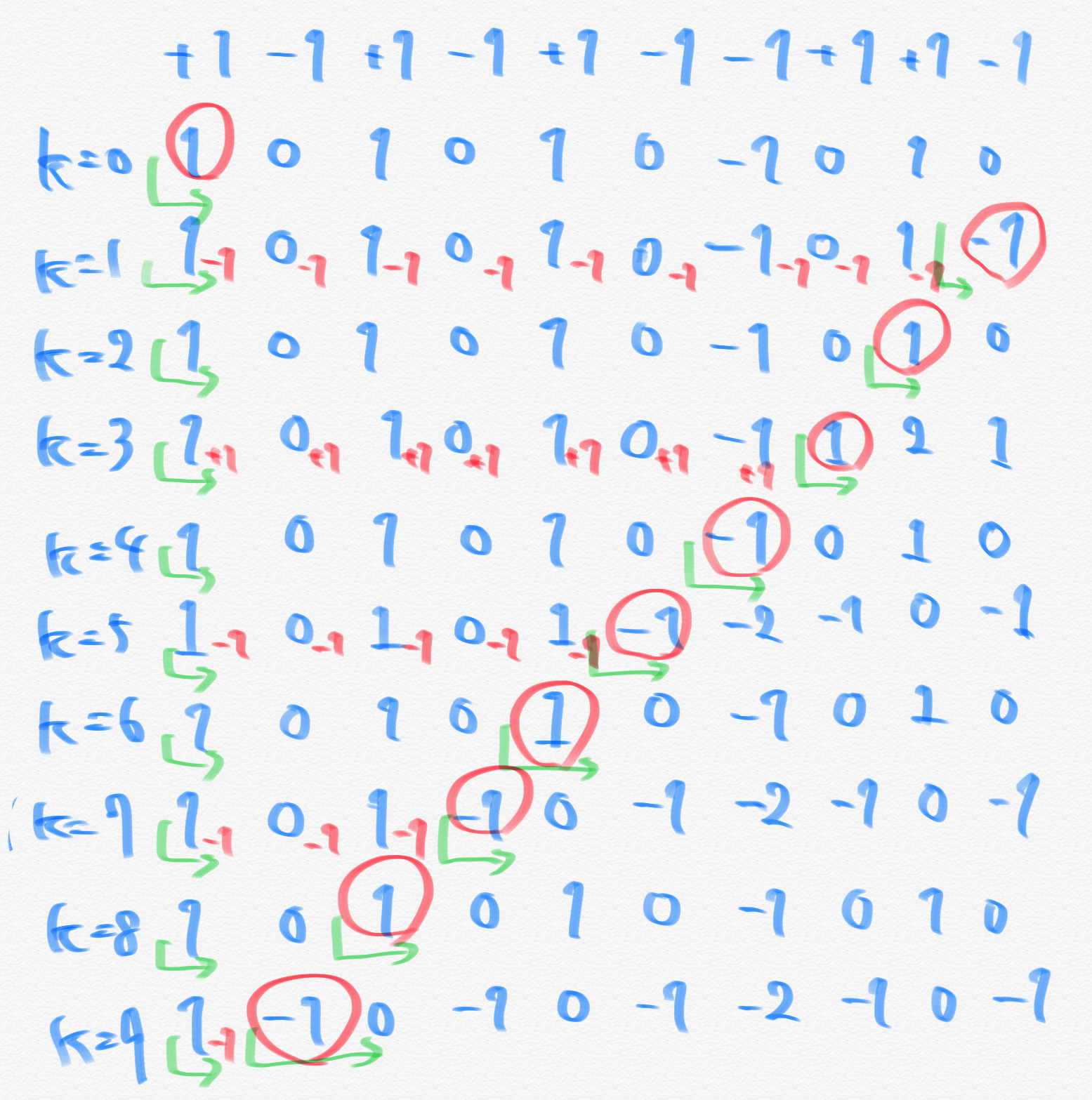 From the above, it is a sufficiently fast program because it is $ O (N) $ for the pre-calculation of the cumulative sum and the judgment in each cyclical shift.

(✳︎)… My head broke in the cumulative part, but it's not that difficult….

After the D2 problem

I will not solve this time.