If python's pygame works on Android, try it until you can operate it with a button ...

When I was researching, kivy was a UI design language, so I thought that I could make it for Android with pygame, so I tried one tutorial, but I have to write it all in kivy, right? I have come to understand.

I just want to add a button, but when it comes to coding with kivy, pygame can't be used, so I stopped there and looked for a function that could be pressed for touch devices with pygame.

There is, but I can't imagine how to use it because it's not written in the document. 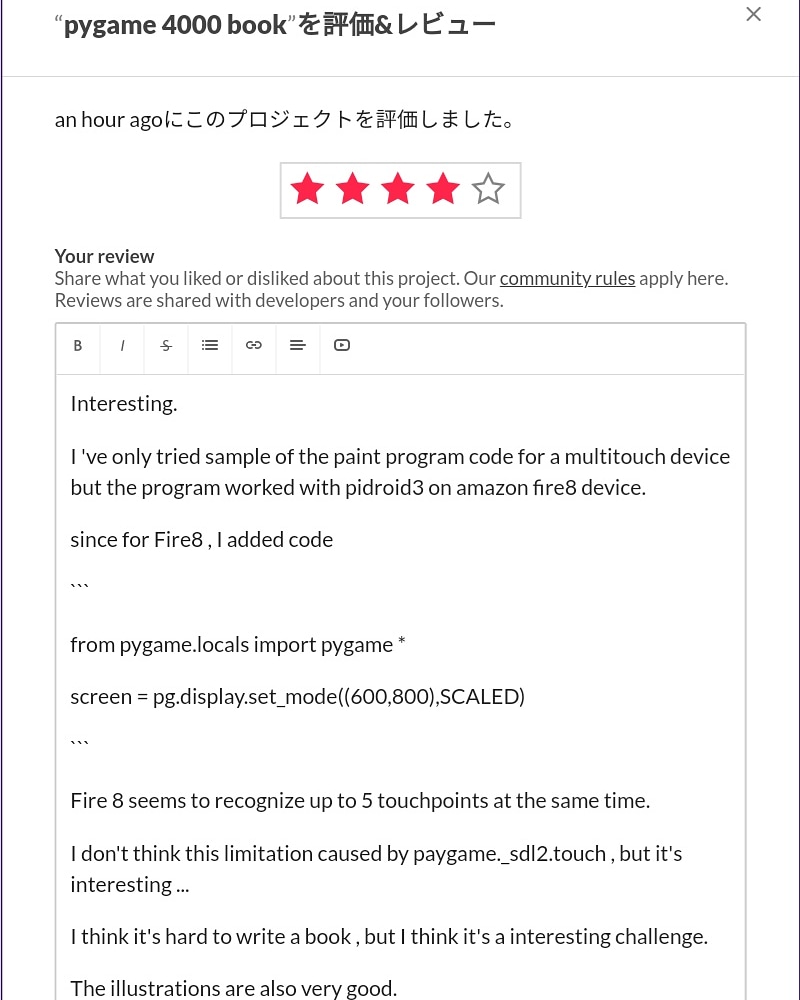 Cf. I will paste it https://qiita.com/dauuricus/private/