It's called a production environment, but it's usually a test environment. Please look a lot.

The biggest damage I suffered was when the client sent me the images to use in the site creation. It's because some files with uppercase extensions are mixed in, so it's a fool.

I didn't notice it because the image was sent under the agreement of [code]. [Extension]. I noticed it just before putting it in the production environment, but it was very dangerous.

In addition, it should be noted

The debt I wrote while I was in the second year at that time is still in active use.

LEVEL2 SSL If you are a web developer, you may meet them a little.

An incident has occurred. You cannot load an http iframe from an https site.

I often use iframes when requesting "I will manage the source code, but I want to mess with some of it from my company!", But if the domain where the client's source is uploaded does not support SSL, it is ridiculous. There will be no.

The contents of the frame are pure white.

I wish I had made the development environment compatible with SSL without laying it sideways, but this time it was discovered for the first time in the test environment.

It will take time for the other party to support SSL, and as a result of discussions between both parties, we decided to proceed with the production with the power technique of "hard code the content in the frame for the time being". (Scary)

Right now, only content such as javascript and iframe is blocked, and images etc. are displayed properly as secure communication is not guaranteed, but Chrome seems to block images sequentially from 2020, so be careful. is.

Be careful with functions you don't normally use. In conclusion, I had a bug using a function that can be used only after installing the extension module, which is not a function that comes standard with php.

This was when I was reviewing the source code brought by a junior engineer, not me.

(I saw this guy for the first time ...% is good ...?) While thinking, I thought that it was not wrong and that it was not a bad thing to adopt a new writing style, so I gave it to the review.

However, when I gave it to the test environment ... 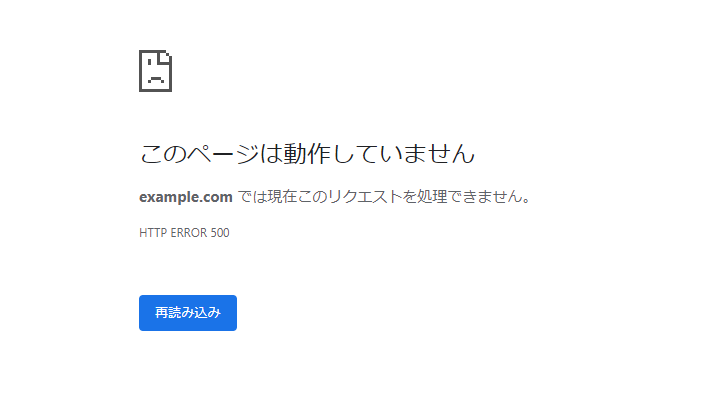 ... As I wrote at the beginning, let's carefully examine the functions that we see for the first time.

It's not php. Story around DB.

I won't go into details, but here are some of the walls I've encountered in the past. ・ Large amount of deadlock ⇒We did not consider writing from services other than the created process.

-Replication delay ⇒The master and slave were not prepared properly in the test environment.

・ Processing is more than 5 times slower than expected ⇒ When handling large-scale data, there was a considerable difference in the total processing time just because the distance between the WEB server and the DB server was large. Also, I have not tested it in an environment where it is mounted from an external server and handles data.

・ Let's make the production environment and the development environment as close as possible. ・ When you do something you haven't done before, be careful.